So I deleted Windows – but why did I have it in the first place?

I deleted my Windows partition yesterday after asking myself one question: what the hell do I use it for?

Indicator-Weather: "Is it just me or…"

Panagiotis Skintzos has begun on a Vala port of Indicator-Weather. Whilst there are many great ideas in the new design layout there is one aspect that bugs me... 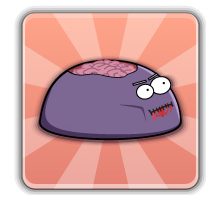 It's about time we came clean with you all. Those videos, these mysterious characters appearing in the side bar every day for the last few days (currently, Pedobear is hanging out there, watching you), they've all been a bit random. So here's the truth. We're releasing a game. A cool game. A game only for Ubuntu, only for the Software Center. And it's cheap. 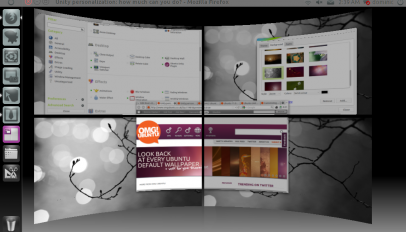 Unity personalization: how much can you really do?

In such a short time of development, improvements in speed, aesthetics, usability and more have come to life in the Compiz version of Unity. But what about customization?

Has the new Ubuntu One Control Panel raised the stakes in app appearances?

Has Natty's new-look Ubuntu One Control Panel raised the standard of how applications should look on the Ubuntu desktop? Reader Romeo Calota thinks so. He stopped by our inbox to share his 2¢ and some mock-ups on just how things could look that smidge nicer...

Over a year ago I founded the Ubuntu Manual Project, an open source Ubuntu project aimed at creating a comprehensive beginner's manual for each Ubuntu release. I led the team for around 10 months, before I had to step down as Team Lead due to other commitments (namely University, and also Ohso - the company that runs OMG! Ubuntu! etc). The team went through a bit of a lull, with a lack of contributors, no leader and little motivation to continue this awesome project - which was a complete shame. Luckily though, they've re-grouped and are now working on building a new website (which I designed way back in June last year), as well as head-hunting for two suitable people to act as Project Leader and Editor-in-Chief.

What is Debian CUT and why should you care? Let's take a look... 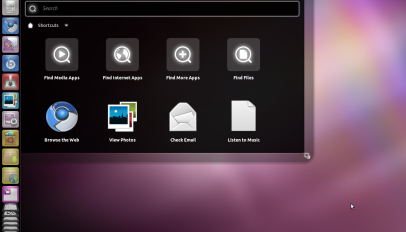 What’s wrong with Unity & how we can fix it

Unity is Ubuntu's innovative new user interface, designed to catapult Ubuntu into the revolution of contextual search, launchers and social integration. The unique design provides an enticing alternative to the likes of Windows and OS X. But could Unity be better?

Due to some bad experience with viruses on her Laptop running Windows 7, my girlfriend decided to give Ubuntu another try. She is used to it since that is what I have running on my machine, but she never really liked the themes and the looks.

I don't know about you but when I started using Free Software, I was amazed that I could benefit from all this for free. So after a few months I looked up how I could give something back. That was 13 years ago... and to date I'm still an active Debian Developer. Here's my story, what's your story going to be?

Debian is dying, oh my word!

Ever since the release of Debian 6.0 “Squeeze”, there's an ongoing debate whether Debian is still relevant and whether the project is going to die.

US Readers: last chance to voice against ACTA

Tuesday 15 February 2011 17:00 US/Eastern is the deadline for American citizens to register voice against ACTA - the proposed international 'counterfeiting agreement' that seeks to extend the sucker tentacles of copyright criminalisation into as many nooks and crannies in every day life as possible.