It’s about time we came clean with you all. Those videos, these mysterious characters appearing in the side bar every day for the last few days (currently, Pedobear is hanging out there, watching you), they’ve all been a bit random.

So here’s the truth. We’re releasing a game. A cool game. A game only for Ubuntu, only for the Software Center. And it’s cheap. And released this Thursday.

(And before you ask: no, it’s not related to Project Bossanova. And no, it’s not Open Source (right now), although the engine it’s built on is!)

The money that we earn off Volley Brawl goes into making cool stuff (like the upcoming OMG! Ubuntu! Android app) to enhance the OMG! Ubuntu! experience for you folks.

How does OMG! Ubuntu! get a slice of each sale, you ask?

Well, OMG! Ubuntu! is run by Joe Sneddon and Benjamin Humphrey as you may know (or not).

Some time last year, we decided it’d be a good idea to consolidate a few of our products into a more cohesive experience. We also wanted to sort out legal stuff, so we ended up registering a company. That company is called Ohso.

Ohso, as well as being responsible for OMG! Ubuntu!, also has a wee division working on game publishing. We teamed up with Sigmoid last year and the first result is Volley Brawl, a simple, fun game for Ubuntu.

Volley Brawl is an awesome feature rich slime volley game designed to be fun and easy to learn for all ages, developed by Sigmoid and published by Ohso.

Sporting over 10 different characters, intelligent computer players, full local, LAN and online multiplayer and a variety of other gameplay features, it’s a bargain at only $2.99 USD.

Now, how about them “brawlers” that keep popping up everywhere. Well, they’re the characters in Volley Brawl. Over the last few days we’ve been posting one new brawler and a brawler ‘profile’ on our Facebook page.

Here are two to give you an idea: 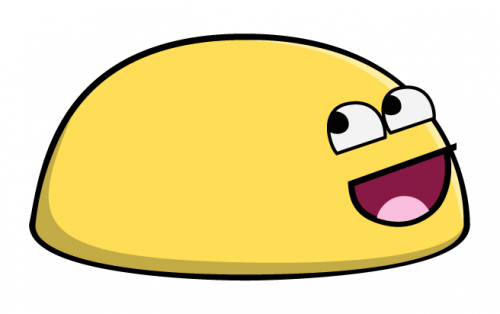 Awesome is a fun loving, full of life and always happy yellow guy. Springing to early popularity on 4chan and Something Awful over 4 years ago, he’s the product of a bunch of bored Internet weirdos and one of the most infamous memes around.

If you choose him in your next game of Volley Brawl, his upbeat spirit will surely lead you to victory over your opponent and much like an evil clown, his infectious grin may haunt you in your dreams… 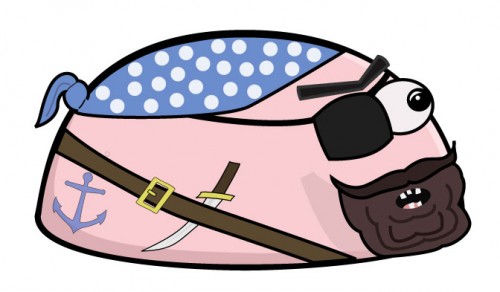 Never happier than when surrounded by seamen, Pirate is a hardy, weatherworn character. Whether boarding a vessel or braving a storm, he uses his strength to overcome all obstacles before him.

Although now he is an expert with a saber, his first week of swashbuckling ended with with a sword stuck in his eye. Because of the eyepatch he is blind to attack from the right – a weakness any suitably intelligent opponent would be wise to exploit.

Choose him for Volley Brawl and he will fight his hardest for your cause – providing you give him enough rum, of course!

If you’re after more, the full bunch of characters that we’ve revealed so far can be found in this Facebook photo album and the Brawler Profiles are notes on OMG! Ubuntu!’s Facebook page.

We can haz screenshots?

But for now, you’ll have to make do with this video of what Awesome, Pedobear and Weight got up to after filming Teaser #2.

We’ve also got a few copies of the game to give away for free. We’ll be running some competitions this week on the site for you to be in to win!