Last month I made a very unsubtle yawning sound in the direction of Skype due to a lack of updates to the official Skype Snap app.

The popular VoIP sat unloved, with no stable updates, for six whole months.

Fast forward a few weeks from calling them out and I’m pleased to report that whatever blockage was lodged in the build machine pipe-work has been well and truly flushed out.

Not only is the Skype Snap app once again up to date on the Snapcraft store — hurrah! — but some freshly prepared ‘insider’ builds are available for the more adventurous to play with — double hurrah!

The latest Skype Snap build is version 8.51.0.72, the same version as that available to download from their website (at the time of writing).

Among a bunch of general improvements, bug fixes, etc, this build debuts a brand new icon.

The new Skype icon is dressed in Microsoft’s new ‘fluent’ design language, a style it has been slowly rolling out its core products, like Microsoft Office, since last November.

The new Skype icon eschews the flat design of the former for a layered look using gradients and shadows. It’s no revolutionary, but I think it’s a subtle improvement over the original.

Skype and Spotify (which also had a recent hiccup to its update frequency) are two of the best known apps on the Snap store.

Their lacklustre Snap maintainer (despite releasing new Linux builds through other methods) was both disappointing and discouraging — and not just to Snap app users! Indie app developers debating support for the format may have been put off, inferring that supporting the format is more work than (i’m told) it is.

Hopefully things will continue tick along nicely hereon. Snaps might not be the packaging format ticking everyone’s tastebuds, but they’ve proven to be hugely successful so far — frequent updates to tentpole software like Skype will help ensure that this success continues.

Home » News » Skype Snap Gets First Update in 6 Months, Plus a New Icon 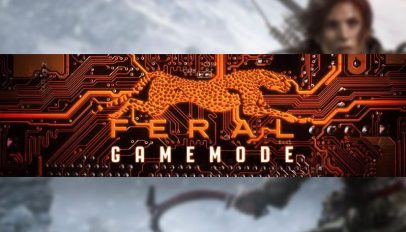 Feral GameMode: What It Is, and How To Use It On Ubuntu
Read Next