Skip to content
This post was written back in July. The Skype Snap app was updated on August 13, hurrah!

The official Skype Snap app for Linux has not been updated in nearly six months, and Microsoft is yet to say why.

When introducing the cross-distro build in early 2018, the company said the Skype Snap app would give it the “…ability to push the latest features straight to our users, no matter which device or distribution they happen to use.”

Because at the time of writing this post the Skype Snap app sits on version 8.34.0.78, which the Snapcraft store reports was ‘last updated’ in November 2018.

However, the “regular” Linux version available to download from the Skype website is on version 8.47.0.73, released June 2019.

The Skype Snap App is Outdated

Numbers shared by Canonical point to Snap apps being super popular. So, you’d think it wouldn’t be in Microsoft’s best interest to leave its Skype Snap app to stagnate.

Well, it’s important to remember that Snaps are pitched as offering a safe, effective way for software makers to deliver the latest versions of their apps to users, including those on long-term support releases.

But the “magic” can only happen if said software makers actively maintain their packages.

Sure, Snappy boasts some neat build-chain integrations. But the process is not, as I understand it, entirely automated or hands-free (and if it is, then it clearly needs some work).

Someone, somewhere, still has to push a button or flick a switch for Snap builds to be made.

And in Skype’s Linux team, someone clearly isn’t.

Instead of treating the Skype Snap build as the primary means of distribution on Linux, it’s just been added to the plate alongside other formats, including an RPM package. This is mildly amusing since Snaps (like Flatpaks) are trying to solve the “fragmentation” problem, not add to it!

Now, I’m not going to beat on Snaps for having out-of-date software. Canonical and the Snap team can take apps to water, but they can’t make them drink, and drink often!

But I don’t think I’d be going out on a limb to say that there’s something of an air of suspicion towards the format from some in the free software community.

And critics of the format may, rightly or wrongly, seize on “big name” apps failing to maintain their builds as pointing towards a wider trend.

Use the regular Skype Linux build for now

For what it’s worth, Microsoft hasn’t responded to queries on why the Skype Snap build is out of date or what they status of the build is going forward.

The outdated version of Skype you can install from the Snapcraft store still works, so there’s no dilemma there.

But newer builds of Skype for Linux boast a number of improvements, including:

So if you want to use Skype and benefit from the latest fixes, features and functionality, I suggest installing the old-fashioned build on your Ubuntu (or other Linux) desktop — at least until Microsoft remembers it Snap app exists. 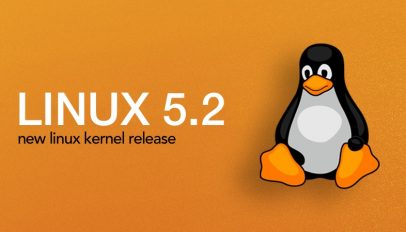 Linux Kernel 5.2 Released, This is What’s New
Read Next