Apple has revealed details about the next version of its desktop operating system, macOS Mojave.

As expected, macOS 10.14 is a major software upgrade. It brings a flurry new features to the fore, like better desktop organisation, auto-changing backgrounds, and a sleek new dark mode.

But do any of those features sound familiar to you?

They might do; many of macOS Mojave’s new features are old news to Linux users.

We’ve written about how easy it is to make Ubuntu look like a Mac before (an article we will update soon) and it’s just as easy to add familiar macOS features to the desktop too, from quick look and global menu, to launchpad and dashboard widgets.

Learn more about macOS Mojave on the Apple website

But in this post we’re going to show you 3 macOS Mojave features you can use on Linux right now, without switching to Mac. 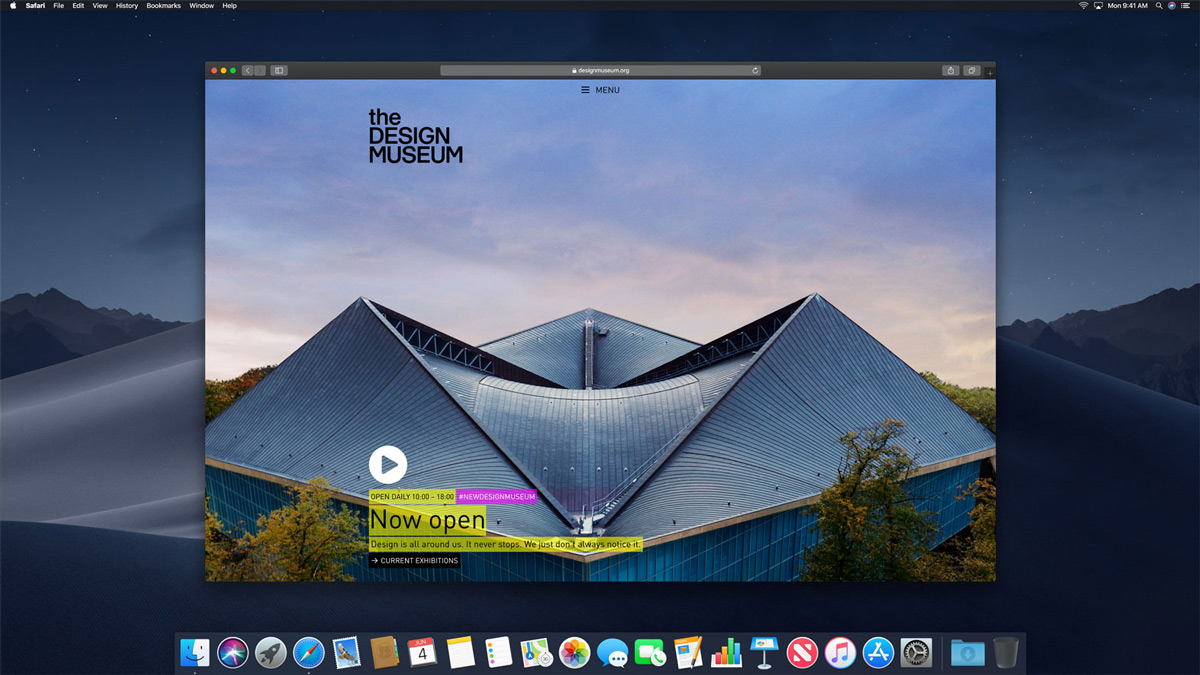 Dark Mode is the headline feature of macOS Mojave.

Linux has had dark themes for almost long as it has had themes!

It’s an optional new theme that darkens app window chrome, toolbars and panels. This helps to keep the focus on app content, with buttons, controls and other toggles recessing into the background.

But as Linux user I find it a little odd to see so many tech nerds so deeply enthused by what is, to me, a rather trivial change. After all, Linux has had dark themes for almost long as it has had themes!

The Adwaita GTK theme (aka the GNOME default) ships by default in a number of Linux distros, such as Fedora.

Adwaita has a dark mode that apps can ‘request’ (apps like the Photos and Videos apps do) but it’s also possible to enable the Adwaita dark theme globally too.

If, like Mojave users this fall, you want a dark theme to affect all the apps you use, you can. All you have to do is install one!

But which? I like Arc Dark, It’s a well designed, flat, and modern looking dark theme that supports a number of Linux desktop environments.

You can install the full Arc theme on Ubuntu by running this command in a new Terminal window:

You’ll need to use the Tweaks tool (or Unity Tweak Tool, if you’re using the Unity desktop) to set the ‘Arc Dark’ variant as your desktop theme globally.

Arc Dark should will also work well on the MATE, Budgie, and XFCE desktops.

Another feature of Mojave that seems to be pleasing people is Dynamic Desktop.

When enabled, Dynamic Desktop automatically changes the desktop background based on the time of day.

So, you see a bright, daytime photo on your desktop during the day, a dimpsy photo in the early evening, and a nighttime shot during the small hours.

Admittedly Apple’s subject choice (stunning 4K photography of the Mojave desert) is a wee bit nicer on the eye than the austere Adwaita images (see right) but the feature is there should artists and creatives want to make use of it.

Subject matter aside, it’s still the same effect: a wallpaper that changes throughout the day, without you needing to get involved.

Linux can do more than shuffle images to a schedule.

Over the years we’ve written about tonnes of quirky desktop backgrounds, from backgrounds that mimic the local weather to ones that show you a live view of earth to ones that are just too scary to mention!

Komorebi is the go-to app for striking, animated desktop backgrounds. So, if you’re after something unique, be sure to check out our most recent post about it.

Third and final in this light-hearted look at Mojave features is Desktop Stacks — the one feature that, I’m ashamed to say, I really dig.

Desktop Stacks is file manager feature that works on the macOS desktop. It automatically “stacks” files into contextually relevant groups, based on file type, date and tags.

Like many, I use my desktop as a work surface. All sorts of files, gifs, videos and folders are strewn across my screen at any given moment. Any kind of tool that can clean up my mess for me — with as little input from me as possible — has my attention.

So you’re probably wondering if there a “desktop stacks” type tool for Linux?

Sadly I couldn’t find anything  as elastic or as visually interesting as the animated offering from Apple on show in the gif atop this section.

Tools like Day Folder and ‘Clear Desktop’ indicator, do do something similar: they sort and group files placed you have put on your desktop into content appropriate folders.

Sadly neither app has been updated in a while.

Not to be thwarted I turned to GitHub. There, a number of command line tools are available, including Organize-CLI and Organise Tool. These clean up your desktop by moving files to relevant directories of your Home folder.

For example, all .mp3 and .ogg files are moved from your desktop to Music, .jpg, .gif and .png files to Pictures, and so on.

It wouldn’t be too difficult to create a cron job that runs one of these CLI tools every so often.

I haven’t looked to see if there are similar tools for KDE Plasma, MATE or Cinnamon desktops, but if there aren’t I’m sure that Mojave’s release will inspire some developers to create one. Even if it’s something akin to the StarDock Fences app for Windows would be welcome.

We’ll likely have to wait for when — if? — a desktop icons extension for GNOME Shell is created (if you remember, GNOME 3.28 dropped desktop icons support entirely) for any truly innovative organisational features to be as deeply integrated as Stacks is for Mac.

Are there any macOS features you’d like to see the Linux desktop borrow? Perhaps you use an app that already does? Share your thoughts in the comments section below.