It’s all ago in Ubuntu 11.04 Alpha land this week: from the Ubuntu One Control Panel to Unity’s Dash – a lot of apps are receiving a lot of updates. Here we look over some of the more apparent changes changed by the, er, changes.

We showed off how the control panel was looking last week. At the time it was a little ‘scaffold-y’: empty frames and buttons a bit awry. Considering Ubuntu 11.04 is not yet at Alpha 2 that was to be considered advanced!

A recent update or two later and it’s looking much, much neater. Better still I can attest to the Ubuntu one experience in Natty (despite it’s alpha status) as being the smoothest, easiest to use and configure so far. 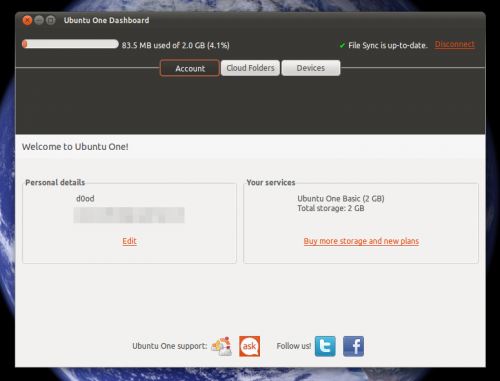 The Dash has added a ‘text entry’ field, adheres to your system icon them and sees the item ‘hover’ effect tweaked to something a wee bit more noticeable: –

Also gained is an ‘Invisible window resize area’ of  3px around applications to allow for easy resizing on all sides, which is best demonstrated in this screengrab of Unity’s ‘aero snap’ feature: – 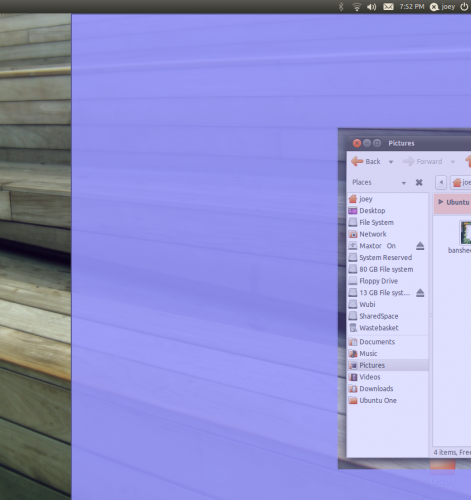 The long heralded ‘Ratings and Reviews’ has landed in the Software Centre; anyone with an Ubuntu Single Sign On/Ubuntu One account is able to submit ratings and reviews for moderation.

As ever, what you see you above DOES NOT CONSTITUTE THE FINISHED PRODUCT. Further changes, tweaks and tidy-ups are to be expected; so cut out the panicking in the comments, folks!