The latest new on the next iteration of the Ubuntu desktop. 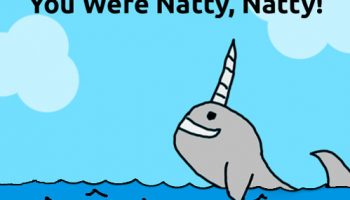 Java To Be Removed from Ubuntu, Uninstalled from User Machines

Oracle's Sun Java JDK packages are to be removed from the Ubuntu partner repositories and disabled on users systems. Oracle, in retiring the 'Operating System Distributor License for Java', means Canonical no longer have permission to distribute the package. The change will affect Ubuntu 10.04 LTs, Ubuntu 10.10 and 11.04 users only.

Progress Continues On ‘Lubuntu Software Center’; Here’s How To Install It

Work on creating a 'Software Centre' for lightweight Ubuntu-spin 'Lubuntu' is coming together nicely. Jump on in for pictures, further information and instructions on how to test it out.

What happens when the classic game of Tetris becomes bound to the laws of physics? Not Tetris 2, is what. 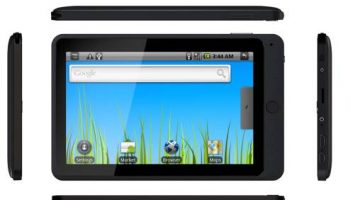 Little-known Italian hardware manufacturer Ekoore have announced two new tablet computers running Ubuntu 11.04, and a third running Android. Apparently named after programming languages, the Ekoore Perl has an 11.6" 1366 x 768 screen, and the Python has a 10" screen. The former measures in at 0.55" thick and the latter at 0.62" making for a fairly comfortable - although slightly bulky - size. For comparison, the Apple iPad 2 is 0.34" thick. As for the guts inside, the tablets appear to be little more than a stripped down netbook. Make the jump for more details and pricing.

Trying to play a DVD in Ubuntu but getting no-where? You probably forgot to enable DVD playback. Here I show you how.

How To Install The Latest Unity in Ubuntu 11.04

The latest version of the Ubuntu Unity interface has been released, and is available to install from the Ubuntu Desktop Team's Unity PPA.

The release of Ubuntu 11.10 might be several months away but ramp up the excitement anyway with this 'Narwhal meet Ocelot' design wallpaper.

The latest bugfix release of KDE Software Compilation is now available for Kubuntu 11.04 users to install from the Kubuntu updates PPA.

Pre-Unity Ubuntu Netbook Launcher is resurrected; put in a PPA

Users of Ubuntu 10.10 and 11.04 can now once again install the pre-Unity Ubuntu Netbook Interface thanks to some repackaging magic by Martin 'Doctor Mo' Owens.

Evolution 3.0 is finally available for Ubuntu 11.04 GNOME 3 users to install, thanks to danilo. Evolution 3.0 for GNOME 3 doesn't differ greatly from Evolution 2.x as found by default in Ubuntu 11.04 - at least not on the surface. But if you're using GNOME 3 in Ubuntu you might as well be using the latest version of its default mail application, too.

So you're still on Ubuntu 10.10 but you don't want to miss out entirely on the "new" Unity experience. What's the best way to experience Unity in Maverick? During the early development of Unity 2D - the less hardware-hungry version of Unity that uses Qt - Ubuntu 10.10 users were able to install Unity 2D for development purposes via a PPA. Understandably, the back-porting stopped as Natty got nearer.

Wut your answer does not even make sense and is completely…
Ubuntu 21.04 ‘Hirsute Hippo’ T-Shirt Now Available to Order

OstroLk Good for them. There's nothing else they can do with…
Ubuntu 21.04 ‘Hirsute Hippo’ T-Shirt Now Available to Order

Goyo Fortunately they are doing their thing no matter what other…
Ubuntu 21.04 ‘Hirsute Hippo’ T-Shirt Now Available to Order

OstroLk Oh, a hurt fanboi? Kubuntu will be released with the…
Ubuntu 21.04 ‘Hirsute Hippo’ T-Shirt Now Available to Order

Wut Do you even realize that every single comment you make…
Ubuntu 21.04 ‘Hirsute Hippo’ T-Shirt Now Available to Order