In this tutorial we show you how to install Notepad++ on Ubuntu 20.04 LTS, as well as Linux Mint and other Ubuntu-based Linux distributions.

Few text editors are as famous or as well loved as Notepad++, the free, open-source code editor built for Windows and written in C++.

But although Notepad Plus Plus (to say it aloud) is popular with developers, thanks to the small app size, good feature set, and decent performance, a Linux version of the app is not currently available.

To fill the gap a swathe of Linux alternatives to Notepad++ exist, the best known being Notepadqq, while other code editing tools aren’t afraid to acknowledge they draw inspiration in their respective feature sets from Notepad++.

So what makes Notepad Plus Plus so special? Why do developers and coders alike love using it?

Plus much, much more.

There are several great text editors available on Ubuntu (and other Linux distributions) including Gedit, VSCode, Sublime Text 3 and more — but some people (perhaps even you) want to use what they already known and are familiar with.

So if you are a long-time fan of this code editor, or just curious to see if it’s worth the hype (without making a switch to Windows) read on to learn how to install Notepad++ on Ubuntu 20.04 LTS and above.

It’s long been possible to install and run Notepad++ on Linux distributions like Ubuntu using Wine, a ‘Windows’ compatibility layer.

While Wine is great software, the hurdles and effort required to configure and set it up correctly is often more effort than many folks are willing to spend.

Enter Snapcraft, an easy way to package and distributions apps on Linux with all their dependencies and configurations pre-set.

Thanks to Snappy, it’s easy to install and run Notepad++ on Ubuntu (and other Linux distributions) without needing to manually install Wine first. The Snap package ships with a pre-configured Wine environment ready to go.

And because Snap apps are isolated from the rest of the system this won’t affect any existing Wine installs.

You can install Notepad++ in Ubuntu 18.04 LTS and above using the Ubuntu Software app:

You can also get to the code editor’s listing in the store by clicking this button:

Uf you prefer to install applications from the command line you can run the following command on any to install Notepad++ on any Linux distro that has snapd installed:

Once the install is complete go ahead and open Notepad++ from the Applications grid (or another app launcher/menu). The notepad app may take a few seconds to load, but once it’s up, it’s ready to go!

Home » Apps » How to Install Notepad++ in Ubuntu (One-Click Install) 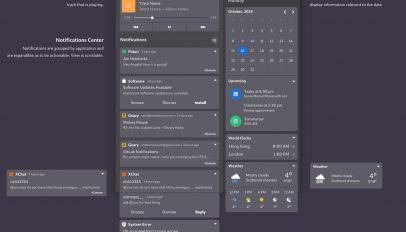