The ‘Fresh MATE PPA’ is maintained by Ubuntu MATE developers, and is aimed (primarily) ay existing users of Ubuntu MATE who want to install MATE desktop 1.26 on their systems.

However as the PPA (and the packages within) are compatible with all Ubuntu flavours you can add the PPA to install the latest MATE desktop experience alongside whatever DEs you use at present (just, be careful).

Upgrade to MATE 1.26 on Ubuntu

To upgrade to MATE 1.26 on a supported version of Ubuntu just pop open a new Terminal window and run the following command:

Enter your password. You’ll asked to confirm you wish to add the PPA (if you want to upgrade, you need to). Once the PPA is added the system automatically refreshes the list of available packages.

You can then upgrade the MATE desktop by running:

Once the upgrade is complete you should log out and back in. This helps ensure all of the pieces fall neatly into place.

If you don’t already have the MATE desktop installed (because you’re using regular Ubuntu or a different flavours) then you need to install the MATE desktop, which you can do using this command:

Log out once the update is complete and select the MATE desktop session prior to logging back in.

I tested it, relax

I like to live dangerously (that’s a lie, but it makes me sound edgy) so I added the Fresh MATE PPA to my Ubuntu MATE 20.04 LTS install (on my dinky GPD MicroPC) to make sure things work well — and I’m pleased to report they do:

Fresh MATE, just like it said on the tin.

A nice bonus is also included for LTS users: the new MATE Yaru theme. The theme and icon set get pulled in as part of the upgrade. You can change to the MATE Yaru theme from the Appearance settings: 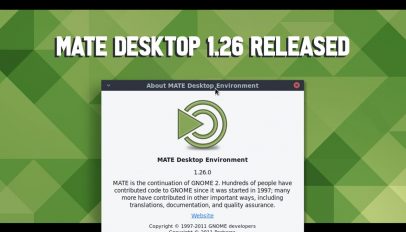