Linux ain’t short of choices when it comes to media players but —and don’t tell VLC I said this— I think I’ve found my new favourite.

VLC is undoubtedly the big cheese in the open source video player scene – and rightly so: no other player comes close in performance, versatility, reliability, features, and so on.

But VLC isn’t the most attractive app, and although there are ways to make VLC look better on Ubuntu it’s less effort to switch to a native Linux media player.

Which is where Clapper comes in.

Clapper is a GNOME media player created using GJS and GTK 4. GStreamer is the media backend, and video content is rendered using OpenGL — which is a fairly big deal. Clapper also works on both Xorg and Wayland, and supports VA-API on AMD/Intel GPUs.

Clapper doesn’t use a traditional header bar or window title. Instead, its window controls are a kind of OSD overlaid on top of the video content itself. This fades in when you mouse over or interact with the app, but fades out when not required.

Oh, I know: I’m a superficial fool! A media player should be more about the media being played than the window dressing around it, right? But I do have a thing for apps that look and feel like they’re part of my system, which Clapper does — especially as I tend to watch short videos in windowed mode where ‘everything is on show’, so to speak.

I will fess up that, in my testing of the app, Clapper is not the most stable video player. If the occasional crash or quirk flips you out, stick with something tried and trusted like VLC or Celluloid.

There are also a few behaviours I don’t like: video preview doesn’t seek when you scrub (though you can adjust some seeking preferences within the app); and you can’t exit fullscreen mode by pressing esc.

But I’m willing to overlook the occasional flaws when the rest of what’s on offer is this good. If you want a native looking media player that feels right at home on your GNOME desktop, give Clapper a go.

You can install the app from Flathub: 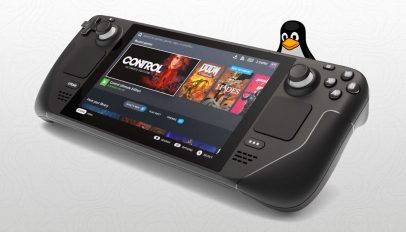