If you’re looking for a desktop radio player for Linux look no further than Shortwave, an app which broadcast its first release this week.

Shortwave is the spiritual successor to Gradio, a GTK radio app that we’ve written about many times, and you’ve likely heard of. But though Shortwave has the same key features as Gradio, it has a much nicer UI, and a more nimble code base.

Shortwave aims to make it easy to ‘find and listen to internet radio stations’ on Linux systems like Ubuntu and Linux Mint. You don’t need any fancy equipment, or subscriptions: just open Shortwave, pick from one of hundreds of available radio stations, and tune in.

And using a dedicated internet radio app versus a more multipurpose Linux music player like Rhythmbox or VLC, has a few distinct benefits.

First, Shortwave’s UI is dedicated solely to the task of surfacing, sorting and playing radio stations. These don’t have to compete with your other media, toolbars, and options for space; the UI is purposeful (which makes it easier to find the stations you want to tune-in to).

But that’s not all.

Shortwave can automatically record songs played on internet radio stations you tune into. The app uses stream metadata (and some basic common sense) to detect what’s a song and what’s not, and record and label the correct parts accordingly.

The app also boasts support for Google Chromecast, should you fancy flinging your favourite station across the airwaves and on to more devices.

Shortwave features at a glance:

Shortwave is free, open source software. Source code is available on Gitlab, and the app distributed freely via Flathub as a Flatpak app which can be installed on any major modern Linux distribution, Ubuntu included:

This app is not available via a PPA or OBS, nor distributed as an AppImage at the time of writing. This may change in the future (it is, after all, open source so folks are free to repackage and redistribute) — if it does, I’ll update this post accordingly (do let me know if I need to via the tip form).

If you like Shortwave a lot you can contribute to its development by backing its core developer Felix Häcker over on LibrePay.

Big thanks to everyone who mailed in about this! 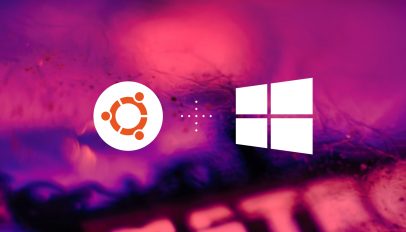