Proton Calendar is a new encrypted calendaring solution from the makers of ProtonMail — and it’s just hit beta.

Organised spies, efficient emissaries, as well as anyone else preferring absolute privacy for their day-to-day plans will appreciate Proton Calendar.

Like the ProtonMail email service this add-on is related to, it’s built around end-to-end encryption.

“The event title, description, location, and participants for every event are encrypted on your device before they reach our servers, so that no third party (including ProtonMail) can see the details of your events. Only you will know your plans,” the company say in the blog post to announce the new service.

Although no native desktop app (Linux or otherwise) is available the service ( at least at present) a cloud-based tool is accessible from Linux browsers. Mobile apps for Android and iOS are said to be in development.

The video below does a good job of pitching Proton Calendar as a viable, privacy-minded alternative to well established players like Google Calendar and Outlook Calendar.

It currently supports the creation and deletion of events, including recurrent or repeating ones, and lets you set reminders. More features are likely to arrive between now and its public release.

No word on whether it’ll be interoperable with existing calendar clients in the future. The team say there are ‘still debating whether or not there will be [a bridge]’ to link to other clients.

Keen to try it?

If you’re have a paid ProtonMail account you can access ProtonCalendar right now via the ProtonMail v4 Beta portal.

If you’re subsisting on a free ProtonMail you can ‘sign up’ to try the ProtonCalendar which, as stated, is still in beta (i.e. expect bugs). It’s not clear if free account users get instant access — so if you go through the effort and still don’t see it, apologies!

However, once the feature graduates from beta status to stable ProtonMail say that a free, basic version of Proton Calendar will be available for everyone to use, albeit with some limitations.

More details on the security model behind Proton Calendar can be found here. 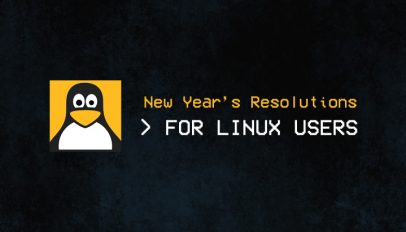 5 New Year’s Resolutions for Fans of Linux
Read Next