Most of us expected that Ubuntu 17.10 would manage to with GNOME Shell 3.26 on board — but it’s nice to hear it confirmed.

A feature-freeze exception filed pending a package update last week has been approved, and now the first packages of GNOME Shell 3.26 are filtering out through the artful-proposed repository, ready for testing by users of the Ubuntu 17.10 daily builds.

“The Ubuntu Desktop Team wants to ship gnome-shell/mutter 3.26 with Ubuntu 17.10. The new version appears to improve responsiveness and has quite a few other improvements and tweaks,” the bug reads. 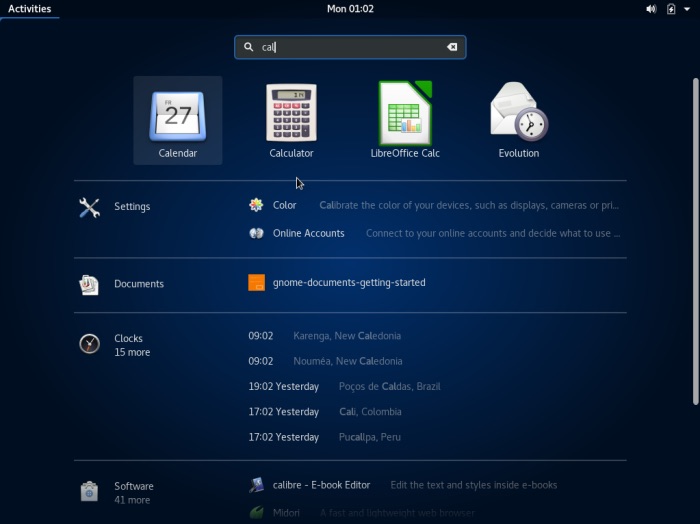 GNOME Shell 3.26 isn’t a major update of itself, but it has a couple of notable changes in tow. They including the somewhat controversial removal of the legacy tray, which is used to house system tray icons for apps like Skype, Discord and Steam.

Session actions are now surfaced in Shell search, which compliments some stellar UI improvements to the layout of GNOME Shell search results as we highlighted yesterday.

The vast bulk of GNOME apps in Artful, Nautilus and Evince among them, have been at their respective 3.25.x versions (they only graduate to v3.26 when GNOME 3.26 is released) for a while, with GNOME Shell the outlier.

But now that the feature freeze exception has been granted you can expect to update to GNOME Shell 3.26 at some point in the coming week or so, sooner if you have proposed updates enabled.