Firefox Sync support will be the headline feature of GNOME Web 3.26, due for release later this year.

We reported back in March that the developers planned to let Epiphany/Web users sync their tabs, bookmarks and browser history between devices using Mozilla’s liberally licensed sync API.

One flaw mentioned at the time was that although Epiphany/Web users could sync using Firefox Sync, they wouldn’t be able to share data between Epiphany/Web and Firefox itself.

Fast forward a couple of months and that limitation is no longer in play.

In an update on the progress made since March GNOME developer Micheal Catanzaro says Web users will be able to sync bookmarks, history, passwords and open tabs between instances using Firefox Sync, as expected.

But — interestingly — he also says that sync will work between Epiphany/Web and Firefox, both mobile and desktop versions! This should mean that can pickup your open Epiphany/Web tabs in Firefox on your Android device, and potentially vice versa.

Web Firefox Sync is ready to roll in the latest beta builds of the browser where it’s accessible from the new ‘Sync’ tab in ‘Preferences’. The feature does require a (free) Firefox account, however.

I don’t have a GNOME 3.26 beta session to try this change out in, so if you do manage to get the latest beta builds up and running I’d love to hear how well this sync feature works in practice, especially across such markedly different browsers. 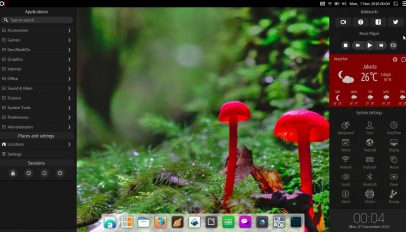