Connecting to free wifi hotspots might be easier Ubuntu 17.10 — something I personally will appreciate!

I work out of a coffee shop¹ during the week and their free wifi, while not perfect, is decent enough to feed this hungry blog on.

But Ubuntu has issues trying to connect to the wifi because it uses a captive portal for authentication.

Captive Portals — What Are They?

What is a captive portal? Wikipedia describes it as “…a web page that the user of a public-access network is obliged to view and interact with before access is granted.”

Captive portals are most commonly found on public Wi-Fi hotspots, like those offered at cafes, airports, hotel lobbies and so on.

For example, when I connect to the cafe network on my Android phone I get a notification that redirects me to a captive portal (which is just a web page). On this page I have to accept various items and conditions to ‘continue’. Once I agree I am able to surf the web uninterrupted.

For Ubuntu 17.10, the Desktop Team hope to enable the ‘connectivity check’ feature available in Network Manager, the default networking stack on Ubuntu, to detect captive portals.

GNOME added support for captive portals in GNOME 3.14, and many GNOME distros (including Fedora) make use of it on an opt-out basis.

Ubuntu wants to add an on/off switch for connectivity check in GNOME Control Center (the replacement for Unity Control Center) in either the Network and/or Privacy panes (in order to check the connection, needs to ping a URL).

As of writing this feature is not yet enabled in Ubuntu 17.10. We’re still super early in the development cycle and, like everything else, this feature may fall down the priority list and be punted to next cycle.

But I’ll be keeping my fingers crossed it makes it — if only so I can get to my WordPress Admin > New Post page a little quicker!

¹Despite the graphic, I don’t work from from a Starbucks. 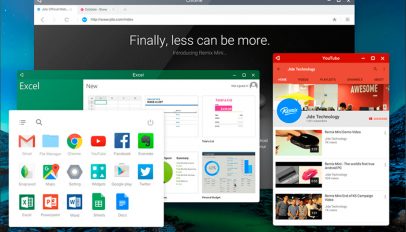