Chrome OS marketshare is double that of Linux in the US

This means more that Chrome OS has double the marketshare of traditional Linux desktops in the US, with millions of web surfers happily browsing from Chromebooks, Chromeboxes and Chromebases.

Chrome OS usage is up by over 50% compared to the previous year, when the thin-client OS hit a then-high of 2.02%.

Things are quite as rosy for Google’s OS across the atlantic. In Europe Chrome OS accounts for less than 0.5% of internet traffic, versus Linux 2%, 12.6% macOS, and Windows (combined) 84%.

Many of you will know, of course, that Chrome OS is itself a Linux-based operating system (a heavily modified version of Gentoo, to be specific).

But many analytics companies choose to count it separately from “traditional” Linux-based operating systems like Ubuntu, Fedora, Arch, etc (which are typically grouped together under the title ‘Linux’).

Chrome OS is not like a regular Linux distributions. It’s only available on certified Chrome devices, and identifies itself as Chrome OS. This makes it easier for analytics firms (as well as some software purists) to count it separately from traditional desktop-based Linux usage.

And I think that makes sense.

When most of us talk about “using linux” we don’t tend to mean we use ChromeOS, Android, webOS or Sailfish.

Android is about to overtake Windows

StatCounter data for February 2017 also shows that Android is now very close to overtaking Windows as the most popular operating system for internet usage worldwide, across mobile and desktops combined.

It’s a feat StatCounter says would have been “unthinkable” five years ago, when Android held a mere 2.2% markershare across the same categories to Windows’ 82%.

“Windows has won desktop war but battlefield has moved on,” Aodhan Cullen, CEO of StatCounter, remarks

True Linux Marketshare Is Too Hard to Know

Trying to track desktop Linux usage is a fraught task. There are multiple distributions, kernel versions, web browsers, and privacy controls in place to fetch a truly clear picture.

More people may browse the web using a Chromebook because, fact is, there’s not much else they can do. Linux continues to dominated in embedded devices, servers, and super computers. 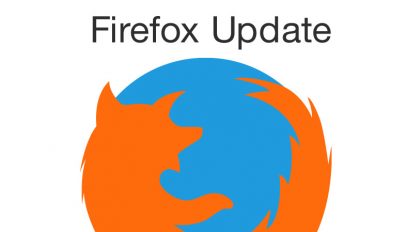