When you woke up this morning you probably didn’t expect to come online and see the words ‘Mozilla’, ‘New’, and ‘Web Browser’ writ large across the web.

But that my bed-headed compadre is precisely what you’re looking at.

Mozilla has always been at the forefront of pushing open source, open standards and open access. They steer one of the most popular desktop browsers in the world. Their open-source Linux mobile OS is sold on 12 smartphones from 13 operators in 24 countries. They’re even taking on the Google Chromecast!

Their desire to democratise the web shows no sign of abating. In a teaser posted on the Mozilla Blog this morning the company has announced a new effort to push boundaries further — this time for developers rather than users.

Teased as something “unique but familiar”, the company intend to release a brand new browser based on Firefox but designed by developers, for developers. Mozilla say it integrates “powerful new tools like WebIDE and the Firefox Tools Adapter”.

“When building for the Web, developers tend to use a myriad of different tools which often don’t work well together. This means you end up switching between different tools, platforms and browsers which can slow you down and make you less productive.”

The “Firefox Developer Browser” is being touted for an initial release date of November 10. It’s not yet known what platforms it will target but since this is a) Mozilla and b) aimed at developers it’d be a huge shock if Linux builds weren’t readily available on day dot.

Mozilla say those interested should sign up for their Hacks newsletter to receive notification when the browser is released. 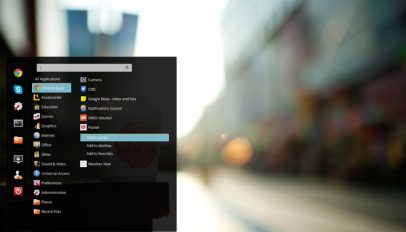 Cinnamon 2.4 Debuts With New Features, Here’s How To Install It In Ubuntu
Read Next