A new window snapping effect is one of several changes to have recently arrived in Unity in Ubuntu 13.04.

Dragging an application window to the left, right or upper-top of the Unity desktop previously invoked an orange ‘highlight’ box transition that denoted the space the window being snapped would fill when released.

But for Ubuntu 13.04 the transition has been tweaked.

Upon dragging an app window to the left, right or upper top an expanding box still appears but, and this is the subtle bit, it’s now filled by a ‘ghost’ of the window to be ‘snapped’, as can be see in the image atop this post and in the video at the bottom.

An effect similar to this one was proposed for Ubuntu 11.10 but was never implemented.

So what was the problem with the orange box? According to user testing conducted by Canonical users found the the incumbent transitions to be ‘unpredictable’ and the orange expanding box to be ‘confusing’.

The ghost effect visually ties the application to the snap.

The new effect arrived alongside new icons for the ‘BFB’ (the Ubuntu button at the top of the Unity Launcher):

And re-styled emblems for the default Lenses:

Both of these changes use the same designs that we reported on in mid-December.

Other changes to have landed over the last month or so include revamped ‘Unity Previews’; new launcher options; and minor tweaks to the Unity Greeter.

You can track our Raring Ringtail tag for more information on Ubuntu 13.04 development.

A run-down of all of these, and a few extra, changes can be viewed in the following video we lovingly crafted for your viewing pleasure.

Ubuntu 13.04 is in active development. Changes featured here are not complete or indicative of the final release, due April 2013.
Dev Video aerosnap raring ringtail Unity 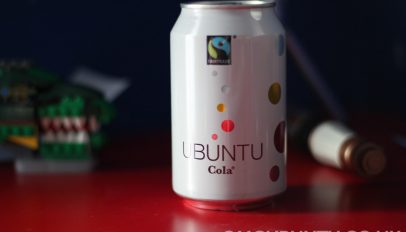