Linux hardware re-sellers ZaReason have debuted their ‘Zimo 930’ PC – an all-in-one desktop computer that has more than a whiff of familiarity about it.

The Zimo 930 is a good looking, well-specc’d PC but it’s had its thunder stolen by last months launch of the System76 Sable.

And I don’t mean because both are ‘all-in-ones’.

See, both devices look pretty much identical because they are both using the same “shell”, albeit with different logos on the front. And although the visual similarity isn’t a drawback of itself (hey – it’s  good looking computer) the specifications of the Zimo don’t stray too far from that offered by the Sable. 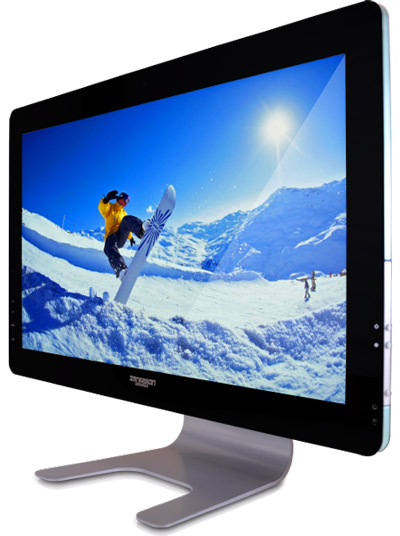 To stand out a little the Zimo has a marginally more powerful processor (a quad-core 3.1Ghz i5 to the Sable’s quad-core 2.9Ghz i5); a 64GB SSD in place of a mechanical hard-drive; and a few extra ports.

It also includes WiFi as standard – something the System76 Sable doesn’t – and a lighter-coloured rear.

Upgrade options include bumping the CPU up from an i5 to an i7, adding a second hard drive, and selecting a CD/DVD drive for inclusion.

Perhaps the most apparent difference between the two is in the pricing.

Admittedly you are getting some extras for that extra $100, and configuring the System76 to match the specs of the Zimo comes out at $882 – so it’s around the right price.

For more information on the Zimo 930 from ZaReason, or to buy, hit the button below.