Weather apps are two-a-penny on Android, but on Linux? Well, they’re about as plentiful as sun is during a British summer.

Perhaps the most annoying part about the ‘weather apps’ that do exist is that they tend to be “indicators” for the notification area. Which is a sensible place to put them – but conformity was never billed as being the spice of life.

StormCloud is a new weather app for Linux – although soon to arrive on Chrome and Android – created by Lightread‘s Jono Cooper who was fed up of seeing ‘so many beautiful apps on Dribbble that didn’t get made’.

Unlike many of the ‘indicators’, the weather forecast isn’t hidden in a sub-pane of a preference dialog but shown in the main window itself. 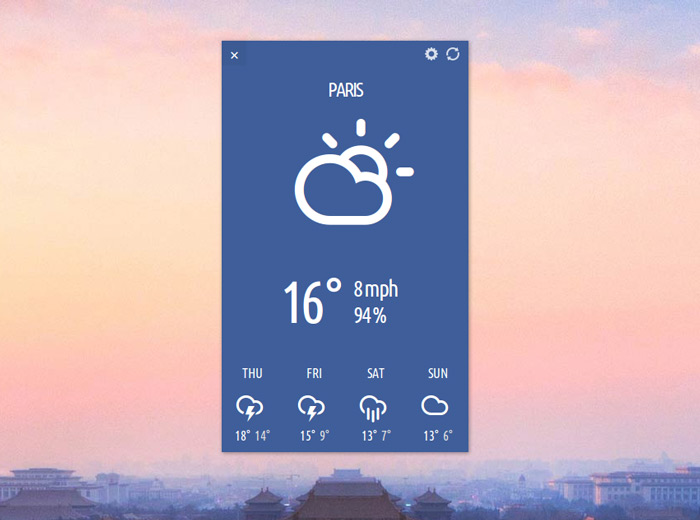 This provides a detailed weather overview for a set location as well as a brief look at the weather for the coming four days. It uses Yahoo! Weather as its backend, giving accurate reports for a huge number of cities across the world.

More importantly for my own tastes the app is perfect for just quickly checking the weather without having a persistent notification applet hanging around. Just open, check, close.

But that’s not to say you can’t leave the application open. It looks gorgeous on the desktop and, for those times its not in view, a quick glance at its Unity launcher item will give you the temperature: 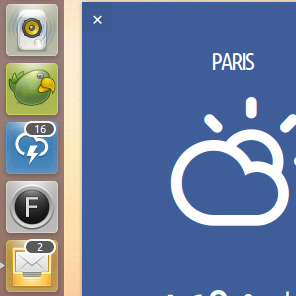 As this is the first release there isn’t much in the way of settings. But I kind of like that – it makes the app simple and straightforward.

You do get the choice of whether temperature is showin Centigrade or Fahrenheit (defaults to Fahrenheit), but, as of yet, there is no option to specify the wind speed unit reported in the main window. 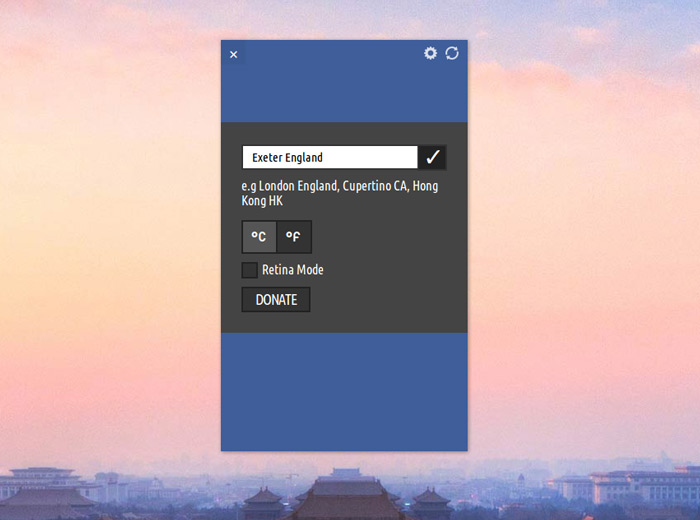 Little in the way of orientation is needed to use Stormcloud, but we’ve put together a little diagram anyway to point out all of the important bits:

It Doesn’t Find My Location

If the app doesn’t find your location, don’t fear. Simply go to the Yahoo Weather website @ weather.yahoo.com and look up your location. The last part of the url in your browsers’ address bar will read  something like “/stockholm-906057“.

Input this number into Stormcloud and your location will be found.

Stormcloud is not yet available to install through the Ubuntu Software Center. But given the backlog of approvals the Software Center review team have at the moment it’s probably for the best that it isn’t adding to their workload.

That doesn’t mean you can’t use the application, though.

A .deb file of StormCloud 1.0 can be downloaded by pressing the button below. Install this by double-clicking on it and following the Software Center prompts.

StormCloud also has its own PPA providing packages for Ubuntu 12.04 and 12.10.

To add it open a new Terminal window and run the following commands carefully:

This being Stormcloud’s first release the “feature list” is small. But some additional things are planned for later releases, including:

But could the app do more? The developer, Jono Cooper, thinks so, and wants to hear feature suggestions from you folks – leave your ideas in the comments area below.
Apps Download stormcloud Unity weather

Stan Genchev It is completely understandable. They don't enable it because it…
Firefox 85 Released, This is What’s New

Emblem Parade Can you share your concerns?
Firefox 85 Released, This is What’s New

Emblem Parade I don't have you bookmarked, but I do subscribe to…
Firefox 85 Released, This is What’s New

destinyhud really? where did you get this info?
Linux Release Roundup: GParted, Lightworks, Google Chrome + More

Wolf359 Why? What's wrong with Mozilla?
Firefox 85 Released, This is What’s New