A new stable release of Skype-Wrapper is available for download.

Skype-Wrapper is a small third-party ‘plugin’ that integrates many of Skype’s features directly into the Ubuntu desktop. This includes support for Ubuntu’s Messaging Menu, notification system and Unity launcher.

With almost six-months between the last release and this it’s no surprise to learn that amongst the number of useful fixes and features to be added is support for Ubuntu 12.04.

Another notable ‘fix’ concerns Skype messaging notifications when minimised to the Messaging Menu. Chat notifications no longer appear for each message sent but rather for each person chatting. Additional messages from each chat are simply appended to any existing notification.

For Unity fans the option to ‘Add a Contact’ has been added to the quicklist, as have a selection of in-call actions: 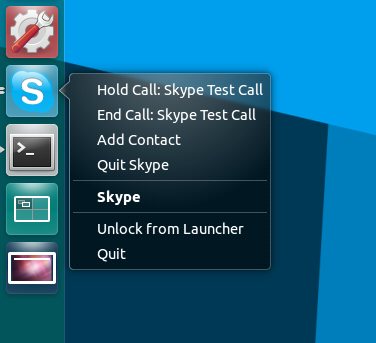 Not everyone makes use of quicklists, but for those of you that do these new actions will let you carry on with your work during a call without needing the main Skype window front-and-center. Most of the quicklist items are dynamic – meaning that they only show when they are available for use.

These new features sit alongside those already available, including:

How to Install Skype Wrapper in Ubuntu 12.04

The easiest way to install Skype-Wrapper and its dependencies is to add the official PPA.

Issues/bugs should be reported @ github.com/sagetarian/skype-wrapper/issues

How To Use Skype-Wrapper in Ubuntu

Now for the bit that often confuses people: how to get the plug-in to work.

The steps below are, actually, fairly straight-forward and don’t require much in the way of effort.

First off, assuming you’ve installed Skype-Wrapper using the PPA above, you need to navigate to your ‘Applications’ folder. In here you’ll find two entries for Skype.

Drag the second of these (which should be ‘skype-wrapper’, but you can right-click ) to your Launcher to ‘pin’ it there for easy access. 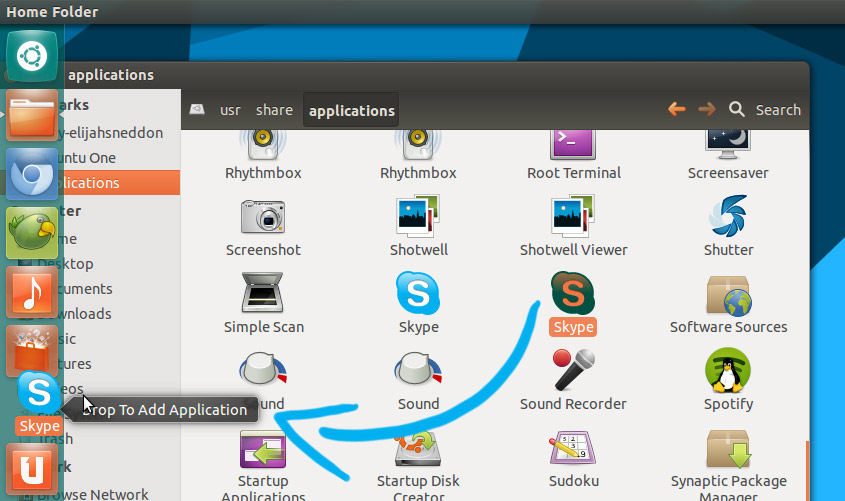 All that’s left is to get Skype-Wrapper to “talk” to Skype.

To do this open Skype using the Launcher item you just added and proceed to sign in as usual.

Not long after you’ve successfully signed in a window like the following will appear: 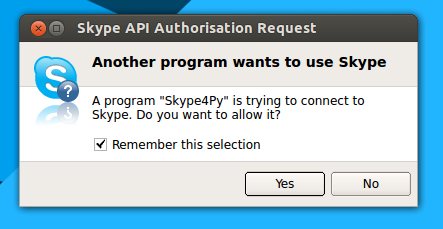 Be sure to check the ‘Remember this selection’ box before hitting yes so that all features continue to work after your next logout/login.

You may find that a number of these windows spawn after logging in. Don’t fret: just hit ‘Yes’ on all of them until only one is left, then following the above.

To remove Skype-Wrapper access from Skype at any-time you can head to Skype > Options > Public API and ‘remove’ the permissions for ‘Skype4Py’.

You can still launch Skype using the ‘normal’ Skype launcher however you won’t benefit from the features of Skype-Wrapper.

To remove the Skype tray icon you will need to remove the ‘sni-qt‘ package. Removing this will, however, also stop a small number of other applications from using the panel area.

With thanks to Shannon Black and the Skype-Wrapper devs