Once you make the jump to Ubuntu 22.04 from the previous LTS you may notice that the trash icon moves from the desktop and on to the Ubuntu Dock.

8 Things To Do After Installing Ubuntu 22.04 LTS
How to Try GNOME’s New Terminal App on Ubuntu

This is handy, and evokes the old Unity launcher which had a trash can icon on it (right at the bottom). But not everyone wants it back there, on screen, all of the time.

Ubuntu 22.04 gives you a small set of dock settings, including a toggle to remove the trash can from the Ubuntu Dock entirely.

What there isn’t an option for is to show the trash can on the desktop again.

To put the trash can back on the desktop (even if you also have it on the dock) run the command:

Immediately after hitting enter on this command the trash can icon will boop into being on the Ubuntu desktop (down in the bottom right corner by default).

If you change your mind and want to remove the trash can from the Ubuntu 22.04 desktop run:

I should stress that don’t have to use the command line to do this task If you install the GNOME Extension Prefs tool you get access to the DING desktop extension’s full roster of settings via a GUI. However, in this instance I think the CLI is the quicker option. 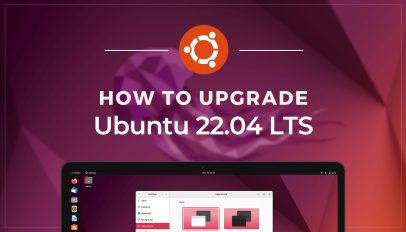 How to Upgrade to Ubuntu 22.04 LTS (Complete Guide)
Read Next