The fourth point release of Ubuntu 20.04 LTS is available to download.

Ubuntu 20.04.4 LTS is a newly-spun installer image that contains all core security patches, bug fixes, and app updates released to Ubuntu 20.04 since the release of Ubuntu 20.04.3 LTS back in August of last year.

Periodic refreshes to the install media is a necessary task for a long-term support release as it cuts down on the number of post-install updates a user needs to install.

If you use Ubuntu 20.04 LTS and you install all issues updates as and when they’re releases you do not need to reinstall. You’re not missing out on anything. You already have everything included in these new images.

Linux 5.13 is the big lure of this point release, carried over from October’s Ubuntu 21.10 release. Linux 5.13 introduces a bunch of tweaks including better EXT4 support, a new cooling driver for modern Intel CPUs, and better support for peripherals including the Apple Magic Mouse 2 and the GK6X mechanical keyboard.

Ubuntu 20.04.4 LTS is available to download from the Ubuntu website, right now — though as it’s a 3.1GB download make sure you’re not on a capped connection when you do it.

Again, for clarity: if you already run Ubuntu 20.04 LTS you’re not missing out on anything here; so long as you have installed all available updates you “have” Ubuntu 20.04.4 LTS. 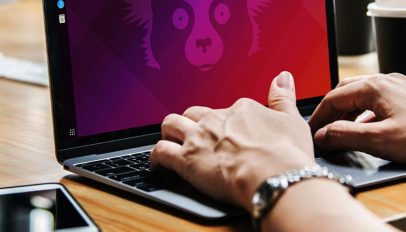 What the ‘Ubuntu Pro’ banner in Ubuntu Means
Read Next