The third point release of Ubuntu 20.04 LTS is available to download, albeit a few weeks later than was originally intended.

This newly spun install images contains all of the security patches, bug fixes, and app updates released to Ubuntu 21.04 since the Ubuntu 20.04.2 LTS released was issued back in February. New installer media is a necessary task for a long-term support release as it cuts down considerably on the number of post-install updates required.

Or to put it another way: Ubuntu 20.04 LTS is supported until 2025. If the install media was not periodically refreshed it would mean anyone installing the distro in 2024 would have to download 4 years worth of updates after their ‘new’ install — which is ridiculous.

If you currently run Ubuntu 20.04 LTS and you attentively administer updates as and when they arrive you already have everything that’s included in these new images. You do not need to reinstall. You’re not missing out on anything.

Linux 5.11 is the big lure of this point release, carried over from April’s Ubuntu 21.04 release. Linux 5.11 introduces stuff, but there are some other notable fixes to the installer, the upgrade process, NVIDIA graphics drivers, and support for 8-channel mics, as Canonical’s Łukasz Zemcza notes:

“Like previous LTS series, 20.04.3 includes hardware enablement stacks for use on newer hardware. This support is offered on all architectures. Ubuntu Server defaults to installing the GA kernel; however you may select the HWE kernel from the installer bootloader.”

Other updates bundled with the new ISO include GNOME Shell 3.36.5, LibreOffice 6.4.6, and Mozilla Firefox 91.

Ubuntu 20.04.3 LTS is available to download from the Ubuntu website, right now — though as it’s a 3.07GB download make sure you’re not on a capped connection when you do it:

Again, for clarity: if you already run Ubuntu 20.04 LTS you’re not missing out on anything here; so long as you have installed all available updates you “have” Ubuntu 20.04.3 LTS. 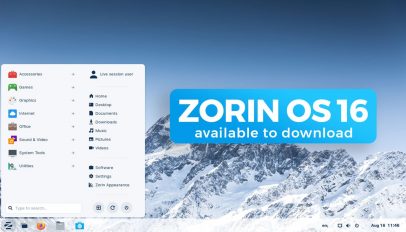