This is a short (and yes, rather predictable) post to wish every single person reading this site a very merry—wait, we’ve already had that one—a happy new year.

Yes, even those of you still sat in your pants (the British kind).

It may feel like the world now exists in a dark timeline but there are things to be hopeful about, especially where Linux and open source software is concerned.

After all, despite the environment, 2021 was a particularly buoyant year for Ubuntu on the desktop

Ubuntu 21.04 and 21.10 both made their way out with new features, new kernels, and in the latter’s case, even a new desktop. Strong foundations laid ahead of April 2022 release of Ubuntu 22.04 LTS.

Wayland was once again made Ubuntu’s default display server — and this time the switch appears to be sticking! This will mean the upcoming release of “Jammy Jellyfish” is the first Ubuntu LTS to ship Wayland by default. That’s a pretty huge milestone for everyone involved.

Canonical’s engineers continued to work on improving the performance of GNOME Shell and Mutter in 2021 to the benefit of all distro users, not just Ubuntu. Those contributions will continue in 2022.

Also, 2021 was a good year for Ubuntu on the Windows Subsystem for Linux (WSL). It’s not only easier to install WSL on Windows 10 and 11, but to get your preferred version of Ubuntu installed via the Microsoft Store. With a new LTS on the way, expect WSL finessing to pick up further pace.

Firefox was the most high-profile Snap app release of the year (albeit to much complaint), and Canonical’s decision to make Flutter the go-to toolkit for all future homegrown apps (such as the new Ubuntu installer) blindsided many.

And that’s not counting all of Ubuntu’s continued dominance in IoT, server, containers, and beyond!

I’m going to stop short of making any Linux predictions for 2022. I’ve done it in the past and let’s just say you don’t want to ask me to pick your lottery numbers!

Pychic powers aside, it’s hard not to be excited for what’s coming.

April’s arrival of Ubuntu 22.04 LTS will be huge in so many ways, not least because it provides a new foundation (stocked with newer technologies) for distros like Linux Mint, Zorin OS, and elementary OS to make use of. We should see the arrival of Ubuntu’s new installer this year, and an adaption of the Yaru theme for the post-GNOME 41 landscape.

Plus, there’s a LOT more to anticipate outside of the orange bubble.

Pine64 is prepping new products (and struggling to keep up with demand for existing ones); GNOME 42 and 43 are sure to be big news; and there’s a flood of promising new desktop environments like Maui Shell, Cutefish, and System76’s Rust-based replacement for GNOME Shell to look forward to.

Oh, though I can’t find the link to the tweet, I swear I read that there’s a big-ish announcement related to Fedora 36 on the way too… 🧐

Let me know what YOU hope to see this year down in the comments! 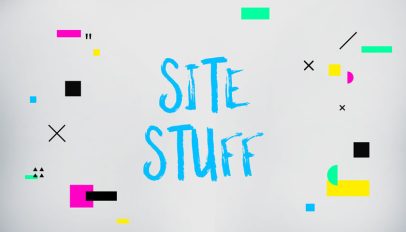 A Few Design Questions… [Off Topic]
Read Next