We spotlighted Slimbook Battery optimiser a couple of years ago, describing it as an essential tool for those looking to get longer battery life on Linux.

Today, a major update to the battery tuning tool was released. It is said to extend compatibility to a ‘greater number of laptop brands’ (and Ubuntu-based distros) and offer improved power-saving prowess — yup: even if your laptop isn’t made by Slimbook!

A new dark interface (one that reminds me a bit of a gaming keyboard) is perhaps the biggest overall change in Slimbook Battery 4, which is now based on TLP (so think of it as a user-friendly front-end for it).

All of the tool’s preexisting features — a lot, tbf — are ported over and presented in the new control panel. A few new toggles and buttons, like TDP sync, are included, and Slimbook says it’s made further optimisations to brightness, system and energy management features.

Now, the new look for Slimbook Battery 4 is “not native” and that might put some people off. But id’ argue that this doesn’t matter; this compatible with a wide range of Linux distros, regardless of their desktop environment or toolkit (so it’s gonna look un-native somewhere anyway).

One “bug” I will note with this version: no indicator icon is shown in the panel, despite the option being enabled in the app. I tried on both Ubuntu 20.04 LTS and 21.04, which ship with app indicator support out-of-the-box (and other panel items appear fine).

Since the panel menu makes easy to a) change between power profiles, and b) see which one you’re currently using, I’m hoping this is a transitory bug and not a feature that is being removed.

If you want to improve your Linux laptop’s battery life, but find TLP a bit intimidating, try this out.

How to Install Slimbook Battery 4

Interested in checking it out? You can; Slimbook Battery 4 is free, open source software. Source code is up on GitHub.

You’ll find pre-packaged builds of Slimbook Battery 4 for Ubuntu 20.04 LTS and Ubuntu 21.04 (and related distros) in Slimbook’s official PPA, which you can add by running: 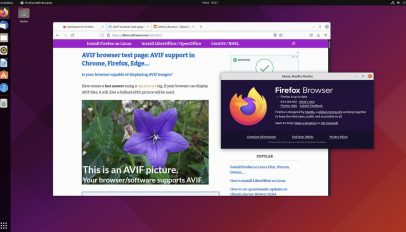