The Ubuntu 21.04 release is out, and so are new versions of Ubuntu’s family of official flavours.

To bring you (and me) up-to-speed on what’s improved in each flavour with zero waffle I’m going to do it in a mere 2 paragraphs a piece!

Don’t worry, there are screenshots and the relevant download link you will need should you want to try a particular flavour out first hand, for yourself.

Like Ubuntu proper all of the flavours in this list get 9 months of core app updates, security fixes, and bug patches. They all feature the same graphics drivers, the same Linux 5.11 kernel, and have access to the same rich set of software.

But what don’t they have in common? Let’s see…

Built around the Budgie 10.5.2 desktop release, Ubuntu Budgie 21.04 is billed by its makers as their “largest release ever”. The update includes two new (optional) applets, a darker default theme, and an updated icon set.

Those looking to give their Ubuntu Budgie desktop a dose of Big Sur can do so “through a click of a button”. Additionally, Ubuntu Budgie 21.04 is now available for the Raspberry Pi.

If you’ve been itching to sample the KDE Plasma 5.21 release atop an Ubuntu foundation, now’s your chance as Kubuntu 21.04 ships with the very latest point release. The update includes a new application menu (pictured above) as well as some minor theme tweaks.

Ubuntu’s oft-forgotten Chinese spin continues to hone the quirky Qt-based UKUI desktop environment. While no major new features have been added to the desktop plenty of bug fixes have. Also of note, the Kylin Assistant app has been added. This relays system and device info, and makes it easy to ‘clean’ out old cache and config files.

Whether you’re a native Chinese speaker or not I definitely recommend taking Ubuntu Kylin 21.04 for a spin in a VM. While localisation quirks makes it (somewhat) obtuse to use as a daily driver in English, the flavour’s charmingly rendered desktop environment is a lot of fun to play with.

Since switching to Plasma as its default desktop Ubuntu Studio has undergone something of a resurgence. The latest release is crammed to the hilt with all manner of creative software, including the latest stable releases of Blender, GIMP, Ardour, Audacity, and more.

Appearance wise the update uses the Materia theme and the Paprius icons set by default. There is also a new audio session management app, Agordejo.

Last, but never least, is Ubuntu MATE 21.04. The latest update (as you may well know) features a host of new CLI apps by default (including neofetch and htop; a new indicators settings panel, and a pleasing new look in the form of the new Yaru MATE theme.

The popular ‘Mutiny’ desktop layout now has been updated to use the Plank dock app instead of the MATE Dock Applet (which has been removed). The global menu and window button applets Mutiny made use have are no longer enabled by default (but can be added back). 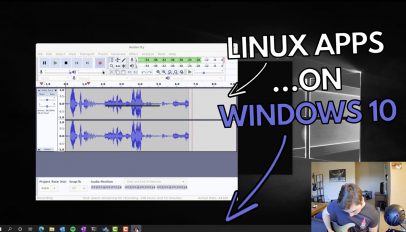