Ubuntu MATE 21.04 ships with a new Yaru MATE theme enabled by default — but users don’t have to upgrade to use it!

Yaru MATE is an official port of Ubuntu’s Yaru GTK theme (plus a companion icon set) to the MATE desktop. It comes with all of the relevant nips, tucks, and colour tweaks one might expect and, no lie, it looks pretty sharp!

Now, Ubuntu MATE project lead Martin Wimpress has announced a back-port of the Yaru MATE theme to Ubuntu MATE 20.04 LTS — which is great news for me as that’s the version I run on my dinky GPD MicroPC (which I still use daily, btw).

Ubuntu MATE 21.04 uses the ‘light’ version of Yaru MATE by default and not a “mixed” theme set like Ambiant-MATE or regular Ubuntu’s theme choice. A Yaru MATE dark version is included.

Martin makes it easy to install the Yaru MATE theme on Ubuntu MATE 20.04 LTS as he’s created a PPA (yes, remember those? 🤭) that users can add by running:

An apt upgrade is all that’s needed as the system sees the updated ubuntu-mate-artwork package, pulls it in, and unpacks everything to its required location — no futzing around with dot folders necessary!

Once installed the new theme can be enabled from System > Preferences > Look and Feel > Appearance > Theme, with both YaruMATE-dark and YaruMATE-light options offered.

To get a ‘mixed’ look more similar to that used in regular Ubuntu users can customise the Yaru MATE theme to select light window controls, a dark window border, and the relevant icon set to match:

Of note, both regular Yaru and Yaru MATE window controls in both light and dark variants are accessible in the latter manner, so those who want Ubuntu’s orange and aubergine accents can do so. 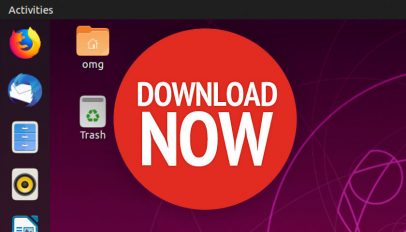 Ubuntu 21.04 Beta Released, This is What’s New
Read Next