A new version of Shortwave, an open source desktop radio player for Linux, is out and it’s front-loaded with improvements!

Such as? Well, check out its fancy new GTK4 interface. Yes, Shortwave 2.0 has seen its core UI ported from GTK3 to GTK4. As part of the process “many elements were improved or recreated from scratch” according to lead developer Felix Häcker.

The refactoring allowed for the creation of some support cool new features, like the Uber-retro mini player you see in the gif above. You can toggle the mini-player on without the window aerobics (there’s a toggle) but the resizing is so satisfying!

Aside from this slick retro-to-modern transition — a prime example of how fancy GTK apps can be, if ever there was one — the player also picks up a swathe of other enhancements including:

Shortwave is free open source software. You can grab the source code from Gitlab, and install the latest version on most Linux distros from Flathub:

Get Shortwave on Flathub

Not into Flatpak builds? Shortwave 2 is available in the AUR for Arch-based distros. Ubuntu users can install an older version of Shortwave from the Snapcraft store. 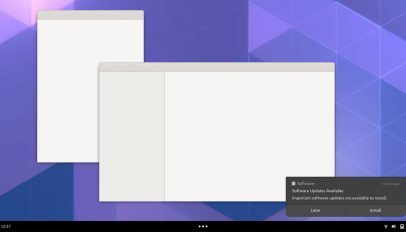