Google Chrome recently talked up its performance enhancements on Windows, macOS and Android, now Vivaldi it taking its turn.

The latest version of this Chromium-based browser is here and its makers say it’s faster than ever: browser tabs open twice as fast as in previous versions, while new windows open 26% faster than before.

Stats were gleaned from tests using internal benchmarks conducted on an Ubuntu PC with a 2 GHz Intel Core i3 CPU and 4 GB RAM. While Vivaldi hasn’t benchmarked its browser comparative to others, (i.e. Vivaldi is faster than before but not necessarily faster than, say Chrome), those who use it are sure to be thrilled nonetheless.

Although Vivaldi isn’t my default web browser it is a browser I’m rather fond of. I have it installed on most of my systems (Linux or otherwise). Now, I could namecheck the features I like but honestly? That’d take time! Vivaldi is stuffed to the gills with options to tailor every single aspect of the browser to your own particular tastes.

Heck, it even has a built-in mail client these days!

Vivaldi 3.7 offers more than just speed boost too. It debuts native support for Apple’s new ARM-based M1 processors, silent updates for Windows (should users want it), and the following:

Sound good? You can grab an installer for latest version of Vivaldi for Windows, macOS, and Linux (including ARM) direct from the Vivaldi website. 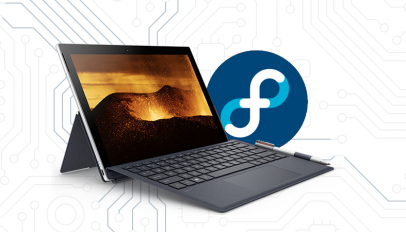 Two Years in the Making, Fedora Finally Reveals its New Logo
Read Next