I make typos — correction: I make a lot of typos* — but modern technology cleans up after me. Features like autocorrect, “did you mean?”, and (relevant to this post) fuzzy search step in when my typing skills fall short.

Fuzzy search (or “approximate string matching” as some call it) is a type of search that returns results likely to be relevant to a misspelled search term, even if they don’t match it exactly.

GNOME Shell has a powerful search feature built in. You hit the super key, start typing, and all kind of results, including applications, files, folder, system shortcuts, and more, appear before you.

The only issue is that it’s a stickler for specificity:

For instance, to find (and launch) the (rather terrific) GTK eBook app Foliate from GNOME’s search screen I need to type F-O-L-I-A-T-E in that exact order, precisely, without error.

Now, granted: as I type each letter GNOME Shell returns matching results. I rarely have to hammer out the full app name. I just type the first few letters, arrow down to the correct result, hit enter, and bam: the app opens. It’s a highly efficient and speedy process.

Except for one thing. That thing I mentioned earlier. You know, about me being a rubbish typist 😅…

One letter in the wrong place and “no results” are returned. With fuzzy search enabled my mis-typed characters don’t matter. As long as the term is close enough to/or approximating the app I’m after there’s no beef.

Naturally fuzzy search has become a crutch for me. I’m used to it. Ubuntu’s Unity Dash supported fuzzy search, as did apps like Docky. Spotlight in macOS and iOS still support it, as does the basic Android app launcher on my aged Moto smartphones.

This doesn’t appear to be an intentional omission. A bug report suggesting devs add fuzzy search to GNOME Shell is still open (meaning there’s a chance this “issue”, if enough people consider it one, could be fixed).

In the meantime there is a quick and easy solution already available.

A GNOME Extension was recently added to the GNOME Extensions website. It adds fuzzy application search results to GNOME Shell’s search overview screen, and that’s it.

Emphasis on the word ‘application’ here as this add-on does not work for files, folders, search settings, and other GNOME Shell search providers, only apps.

Interested in trying it out? You can! It’s free, open source software compatible with GNOME 3.18 and up, so whatever version of Ubuntu you run (provided it’s still a supported release) will be compatible!

Is this GNOME extension going to change the world, revolutionise your life, or support any other superlative maxim?! No.

But since GNOME Shell is used around the world, in different countries, by users speaking different languages and many app names aren’t “translated” — Google Chrome on a French language install is still called Google Chrome — I figured it might help others.

While I lack that valid excuse I’m nonetheless heree fore tihs extension — and so is my backspace key!

*I also tend to change thought mid-sentence. If there’s an extension to solve that, let me know! 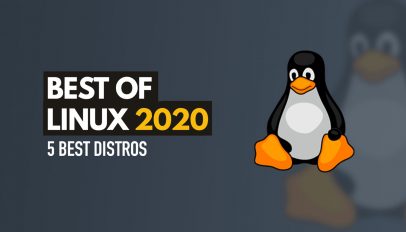