Big news for Linux customisation fans as the developer behind the Arc Menu GNOME extension has decided to stop working on it.

Andy C is the creator and lead dev of Arc Menu, a highly customisable application launcher for GNOME Shell and one of the most popular third-party extensions available for the platform. He announced his decision to quit on Gitlab in an issue titled “ArcMenu Development is Stopping!!!“.

Contributors are the life blood in any open source project. It’s always a worry when someone decides to step back. But those concern go double when it’s the originator and driving force behind the project who is bowing out.

Andy writes, all sic: “Its been a pleasure contributing to the open source community on various projects private and public and also the GNOME project and can you all believe its been nearly 5 years since i founded ArcMenu “wow”, but its time for me to step down and stop developing ArcMenu further.”

GNOME’s shifting sands. He explains that “…most extension developers have had to play cat and mouse to keep up with all the new changes [in GNOME]” The rate of progress and change in GNOME (and in Arc’s codebase too) made it ‘extremely hard’ to keep pace.

Many open source projects, even some high profile ones, are driven by passion first and foremost. Most commercial software is “actively developed” for as long as it’s “still profitable”. For a project started solely to scratch an itch, explore an idea, or flex some skills the balance is weighted differently.

For Andy he simply feels he’s “…no longer enjoying what i was doing and it felt like work not a hobby”.

As Arc Menu’s configuration and customisation options have grown in each successive release so has its codebase and, also, the number of people using it as part of their daily workflow.

The “positive” news for existing users of Arc Menu — that group includes me — is that development on Arc Menu is not stopping — at least not ‘for the foreseeable;e future’.

Fellow dev Andrew Zaech takes over ‘maintainer-ship’ of the add-on. More details on the next chapter in Arc Menu’s story (including the extension’s new home on Gitlab and owner on the GNOME Extensions website) will be shared soon.

Somewhat ironically this news comes a few days after GNOME developers launched a new initiative to encourage and support its extension development community (i.e. by providing better documentation, warning of breaking changes, and so on).

Historically speaking GNOME hasn’t been particularly Let’s say ‘encouraging’ of extension makers, despite their relative popularity (and an increase in the number of distros shipping GNOME extensions by default). But the frosty attitude appears to be (finally) thawing.

To LinxGem33 aka Andy C — thanks for all your work dude on this extension buddy. You didn’t just create something that people found useful, but something people have grown to love and rely on to get stuff done.

h/t everyone who sent this in

Use Arc Menu? Share some love for Andy’s efforts down in the comments
Dev News arc menu GNOME Extensions 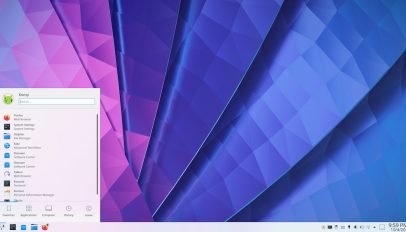