I won’t pretend that it’s difficult to trim video on Linux because, honestly, it isn’t; a plethora of ace apps designed to make basic cuts and simple edits exist (with Qt-based VidCutter perhaps the best known).

But if you’re a GNOME user you might be on the hunt for something that feels and functions a bit more like the rest of your apps. If so, then there’s a new option worth looking in to.

The succinctly titled ‘Video Trimmer’ is a new(ish) addition to the roster of video trimming apps for Linux and it’s incredibly simple to use. Built in GTK, the app boasts a delightfully simple UI. And as it doesn’t re-encode any video you trim it’s incredibly fast and efficient too:

“Video Trimmer cuts out a fragment of a video given the start and end timestamps,” reads the Gitlab page for the project.

You just open a supported video file in Video Trimmer then hit play (or scrub through the timeline) to find your preferred start point and end points (i.e. time the video either side so you’re left with the bit in the middle).

You can enter the values in the boxes provided or adjust the yellow box on the timeline to cover the part of the video you want to keep. When ready hit the Trim button located in the header bar to truncate, trim, and save your clip for uploading or sharing elsewhere.

As you can see in the video above (updated: since deleted, sob) the developer of this tool has kept the UI minimal and the feature set focused. This is app designed to get the job done, and get it done fast, without adding any fancy bells and whistles.

You install the latest version of Video Trimmer on Linux distributions including Ubuntu and Linux Mint from Flathub, the Flatpak app store:

We have a guide on how to install Flatpak on Ubuntu if you need a hand!
Apps flathub apps flatpak apps GTK Apps Video Editors video toolbox 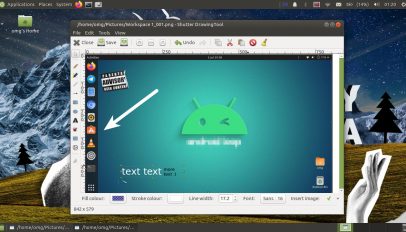 How to Install the Shutter Snap App Ubuntu 20.04 LTS
Read Next