A new version of Arc Menu, the popular app launcher extension for GNOME Shell, is now available to download.

Mouse scrolling and keyboard navigation is said to be improved in this release; application context menus and tooltips boast better contrast; and there are new preset themes.

The icon picker, which lets you set a different menu icon, boasts some UI tweaks to make sifting through and finding glyphs a touch faster and saner. A selection of new panel icons are also said to be available include an openSUSE icon.

Finally, Arc Menu 47 requires GNOME 3.36. You can continue to use older versions of the menu on GNOME 3.34 and earlier, you just won’t get all of the ‘new’ stuff mentioned in this roundup.

Arc Menu is free, open source software. Source code can be found, inspected, downloaded, and compiled by following the instructions on Gitlab.

But the recommended way to get this update (and future updates) is to install the add-on from the extensions.gnome.org (EGO) website.

So to install Arc Menu on your system or learn a bit more about it first do check out the add-on’s listing at the link below: 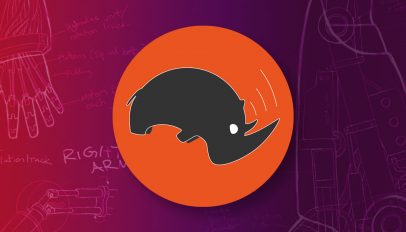 ‘Rolling Rhino’ Turns Ubuntu into a Rolling Release
Read Next