Linux users just got a couple of new reasons to try out Vivaldi, the popular web browser pitched at power-users.

Vivaldi 3.0 for Windows, Mac and Linux systems introduces new tracker blocking tech. The feature is built in partnership with the DuckDuckGo search engine and is utilises the company’s Tracker Radar to populate and maintain a block-list of especially egregious web-habit voyeurs.

“Now more than ever, humanity needs an internet that’s well-functioning and open but also private and secure. With the new Vivaldi, users can browse with its wealth of features freely and efficiently without being tracked online,” says Jon von Tetzchner, CEO and co-founder, Vivaldi.

But as you’d expect from a browser built as tribute to the gods of customisation you get plenty of control here, e.g., choose between different clock set-ups; show seconds, date; digital or analog clock faces, and so on.

Don’t think it just a passive tool though, as Vivaldi’s new clock also comes with built-in countdown and alarm functionality in its pop-over (including presets for the Pomodoro technique).

The team behind the browser also reintroduce ‘spatial navigation’ in this release, make a bunch of improvements to the pop-out video player (including playback control using your keyboard’s arrow keys), and add the much-needed ability to sort saved passwords in the saved passwords list.

Of note, you can disable the picture-in-picture player in Vivaldi as of this release.

Fancy taking it for a spin?

You can download Vivaldi for Linux from the application’s official website, which offers pre-built Linux installers (including an ARM build) compatible with an array of distros. While the app is free, it is not open source:

Not on Linux? No worries. The Vivaldi web browser is available for Android, Windows, and macOS too. 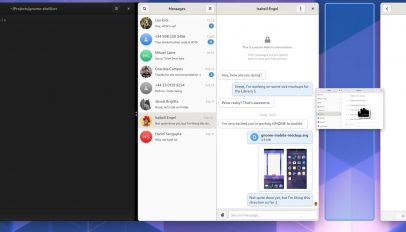