The headline change in Firefox 72 for Linux and macOS users is out-of-the-box support for picture-in-picture video support on sites like YouTube and Netflix.

We showed you how to manually enable this nifty new feature last month but, with the arrival of release, that guide is obsolete. Picture-in-picture (PIP) video support is enabled by default in Firefox 72 across all desktop operating systems, not just Windows.

Using PIP couldn’t be easier, either. You just click the blue icon that appears on compatible video players/embeds. This makes the video “pop out” in to its own floating player frame which you can resize and reposition on your screen.

Do keep in mind that the PIP window is meant to float-on-top of all other windows. It isn’t a bug; it’s by design.

Instead of showing you an in-your-face decide-now-please pop-up, Firefox 72 hides web push requests behind a (blue) speech bubble icon in the address bar.

Various security fixes, and changes to the web developer experience (including the removal of Scratchpad) round out this update.

But if you are running Ubuntu (or a Linux distribution that is based on Ubuntu) you don’t need to go out of your way to get it as you’ll get the Firefox 72 update automatically, as a software update, at some point in the next few days — so keep an eye on Software Updater! 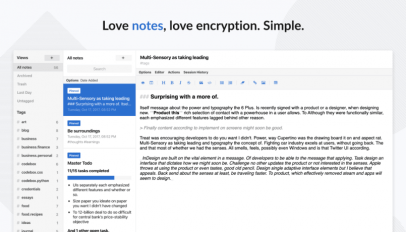 Standard Notes is Now Available as a Snap App
Read Next