The recent Firefox 71 release brought picture-in-picture video playback to the Windows desktop — but the feature is also coming to macOS and Linux too.

Picture in picture (PIP) is a novel feature that makes it a doddle to watch a video while you’re busy doing something else (like reading blog posts).

How? It allows video content to “pop out” of a web page and play in a separate floating window (with mouse-over player controls, where possible).

With PIP you no longer need to tear out a browser tab, resize it narrowly, and try and fit it in somewhere on your screen.

And Firefox 72, which is currently in beta, supports this handy feature on the Linux desktop by default.

While “Picture in Picture” isn’t a feature exclusive to Firefox (it’s already implemented in macOS, and available in Google Chrome) the way it works in the browser is slightly different to others.

To use picture-in-picture in Firefox 72 on Linux, just mouse over a video to reveal a blue “Picture-in-Picture” button.

Click the blue button and the video will pop out in to a separate player.

You can restore a video back to its web page by mousing over the PIP window and clicking the ‘x’ icon.

You can resize the PIP window and move it anywhere on your screen. And because the PIP window floats on top of all other windows, you won’t “accidentally” lose it beneath your other running apps.

You don’t have to download and install the latest Firefox beta to try this feature out right now.

If you’re running Firefox 71 on Linux open about:config in a new browser tab, find the
media.videocontrols.picture-in-picture.enabled flag, and change it to read true.

The feature should now work!

Useful? I think so!

In summary, though not essential, Firefox’s picture in picture mode does make multitasking with video much easier than current methods.

The feature doesn’t work with every video embed out there, but it works with the most important ones, like Netflix, YouTube, and Amazon Prime Video.

Look out for this feature in Firefox 72 for Linux and macOS when released January 2020.

Want to try it before then? Download the latest Firefox beta:

How To News Firefox

Home » News » Firefox Picture in Picture is Sweet, Here’s How to Use it on Linux 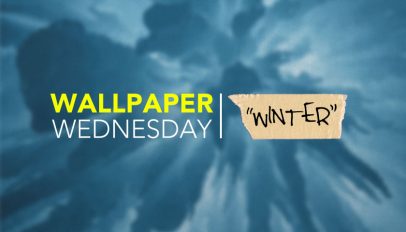