The Librem 5 Linux phone was already a pricey pitch at $699, now Purism has now announced that the cost is going up even further.

Fresh from unveiling a $2000 variant dubbed the Librem 5 USA, the FOSS-minded company has revealed it will hike the price of the regular model by $100 when it goes on general sale next year.

That takes the overall price of the Librem 5 to $799, minus shipping and any import fees. While this doesn’t make it the most expensive smartphone, it certainly isn’t cheap.

So why the increase? Well according to Purism the $799 price will better “reflect the actual final costs of the hardware” which, until now, had been based off of estimates.

“Once we knew our final costs for the mass-produced Librem 5 Evergreen batch we realized we’d need to increase the final price to $799,” they say in a blog post.

Still, the price increase does make for an added sales incentive. Buyers can avoid the price increase by buying a Librem 5 right now, before the increase kicks in — though the actual finished, finalised phone won’t be ready until mid-way through next year.

The PinePhone is still $149

For me, the $100 increase makes no difference: the Librem 5 has always been priced too high for me. I dig the ambition, I understand the hurdles, and I do hope it succeeds but…

Well, it’s no secret that I’m pretty pumped for the $149 PinePhone, an alternative Linux smartphone with hardware kill switches, mainline kernel support, and the reassurance of cellular-separate-from-CPU.

In anticipation of the Librem 5 price rise I’ve updated our Librem 5 Vs PinePhone graphic:

Though prototype builds are now shipping, with some rather major flaws, Purism still has plenty of time to iron out the kinks. The Librem 5 doesn’t need to rival Android to be successful, simply work well enough for users to want to buy in to a privacy-minded ecosystem.

On a related note, if you haven’t seen this video riffing on Librem 5’s teething issues, do check it out. Whether you’re a fan or not, it’s a bit of a wheeze:

Home » News » The Librem 5 Just Got Even More Expensive 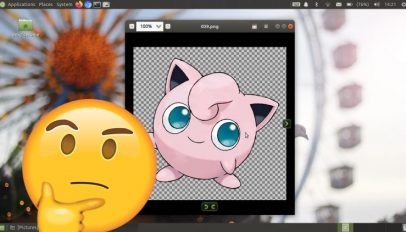 Why Ubuntu Needs a Better Image Viewer
Read Next