Microsoft’s homegrown terminal emulator app continues to be a source of mild bafflement for many in the Linux community, but there’s no doubt that the software giant is serious about making its CLI tool the best that it can be.

Among the latest features to be added to the open source Microsoft Terminal tool are panes — think Tillix, which lets you tile multiple horizontal and vertical panes within the same tab — and tab reordering.

Windows Terminal panes work as you’d expect them to: via keyboard shortcuts. The alt + shift + - key can split a terminal horizontally, while alt + shift + + can split it vertically, as this gif from Microsoft’s Kayla Cinnamon shows:

Panes can be resized and repositioned to suit your particular needs (again using keybindings).

Tab reordering sounds like a very basic feature, but Windows Terminal was, until now, missing it.

Tab reordering is sure to be massive boon to those using a lot of command-line tools on Windows (because remember: Windows Terminal can be used to run PowerShell, cmd prompt and other tools besides WSL).

A subtler change in Windows Terminal 0.7 makes the border around the Terminal window app thinner. This border can be made to pick up the Windows 10 accent color for improved system integration.

Naturally there’s more, including tab title suppression, a tonne of bug fixes (including properly handling line endings when pasting commands), and further improvements to the open source Cascadia Code font that ships by default (including a ligature free variant).

You can learn more about the features in Windows Terminal Preview 0.7 on the Windows Command Line blog.

As for the app itself, it be installed for free from the Windows Store on compatible Windows 10 builds, as well as from Github (because hey: Microsoft own that now too):

Wondering why an Ubuntu-Based blog is busy writing about a Windows app? WSL 2.

Seriously, a tonne of people are using Ubuntu (as well as other Linux distros) on Windows 10 via WSL or WSL 2. Some of them are even running desktop Linux apps on Windows 10 thanks to some WSL jiggery pokery. 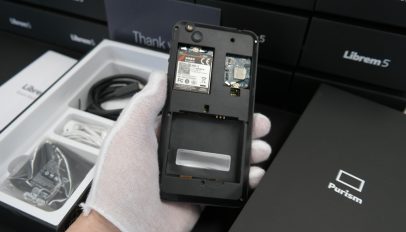