I know quite a few folks who run Ubuntu on the Windows Subsystem for Linux, so mentioning the following bit of news feels like a no-brainer.

What is it? Well, it’s a new meta-package available in Ubuntu 18.04 LTS (the recommenced version of Ubuntu for use with WSL and WSL 2) and up that makes using Ubuntu with WSL a neater, more tightly integrated experience.

The WSL 2 runs a real Linux kernel in a lightweight, resource-efficient VM from inside Windows 10, whereas the first version of WSL — very popular and much lauded as it was — could only run Linux binaries through a Linux API compatibility layer embedded within in the Windows kernel.

In short, WSL 2 is just a lot faster and a lot more capable — which is good news if you’re a developer who’s stuck using Windows 10 for whatever reason.

Whichever version of Ubuntu you’re running atop whichever version of WSL, you can install the new ubuntu-wsl meta-package. You’ll benefit from a suite of integration and workflow improvements, such as being able to launch the default Windows web-browser, create shortcuts to WSL apps on the Windows desktop, and more.

You can learn more about these tools on GitHub or on the Ubuntu Wiki.

If you’re using Ubuntu on WSL and reading this from your Windows box, you can install the new meta-package right now. Just run the following command from your WSL environment: –

If all this WSL talk has you keen to learn more, do check out a new Medium post from Microsoft’s Tara Rej. She recaps how this entire endeavour — a partnership that would have seemed impossible just a few years ago — came about. 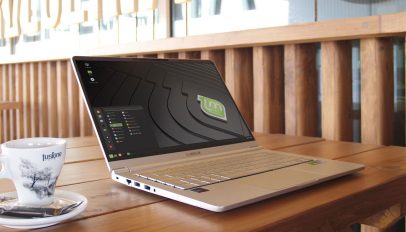