Feel like giving your Ubuntu desktop a bold new look? Why not try something from the following capable crop of colourful GTK themes.

Few GTK theme makers are as prolific as ~vinceliuice, an open source designer based in Jinan, China.

So good, in fact, that I’ve written this post to spotlight 5 of the best themes made by vinceliuice — themes that showcase this designer’s colourful creativity and theme crafting skill.

Each theme listed below is available to download from Github, both as source and with an install script.

Now, generally speaking, downloading random scripts from the web and running them as root isn’t recommend, so DO check the script over before running it.

While I can say the scripts don’t do anything nefarious at the time I looked, there’s always a chance they’ve changed by the time you do.

Using the installation script over manual installation gives you a few extra options, such as being able to install themes with specific spacing, a certain colour, or a stylised variant.

Similarly, the install script will also install any accompanying GNOME Shell theme (where applicable) so that you can fully round out the look on your desktop.

Colour is arguably Vinceliuice’s trademark (as this list will demonstrate) and nowhere is this visual signature more on show than in the incredibly popular Layan GTK theme.

The Layan theme is bold and eye catching, making heavy use of the colour blue. It’s available in light and dark versions (both pictured above) — but check out those curvy round window corners, as they’re gorgeous!

The Layan GTK theme is best used with the Tela icon theme, also created by the same designer as this.

Vimix is the most visually conservative theme in this selection, which probably explains why it’s also the most well known.

We put the Qogir GTK theme in the spotlight back in the summer and it’s fair to say that you folks loved it.

Available in three distinct variants (and a bunch of sub-variants within, including an Ubuntu flavoured version) Qogir gifts the desktop an elegant, linear structure thanks its use of sharp corners, straight lines, and monotone colour palette.

And yes, there is an option to not use the background image in Nautilus.

The Canta GTK theme is famous for its unusual use of illustrations within the Nautilus file manager. Background graphics aren’t unusual (see #3 Qogir) but the positioning here is; the graphic bleeds into the header bar.

We showcased this theme shortly after its creation last year, and 12 months on we think it looks just as good now as it did then. And in case you’re wondering: yes, the illustrated background in the file manager is optional.

Canta is also notable for having a compatible Cinnamon theme available for it, which (along withs its colour choices) make it a great fit for Linux Mint users.

We aren’t short of Mac GTK themes on Linux, with some seriously pixel-perfect skins available out there.

But the McMojave GTK theme? It’s arguably the best. Like regular macOS McMojave is available in standard mac-grey (light) and a dark version based off the dark theme introduced in Mojave.

This theme is particularly pretty if paired with a macOS icon pack, the Plank dock app, and the Budgie desktop environment, as pictured above.

Should I update my guide on how to make Ubuntu look like a Mac to mention this great theme? If you try it out, let me know!

I didn’t want to include two “operating system”-alike themes in the same list, but I couldn’t not mention Vince’s Chrome OS theme.

If you’re big on Google’s ‘Material Design‘ then this theme, based off of another well known theme, is a great place to start.

There’s even an accompanying ChromeOS GNOME Shell theme (which the install script will install alongside the theme) that is more faithful in its inspiration, adopting Chrome OS desktop’s weird “rounded” app shelf.

Like wise, if you’re a fan of the Windows aesthetic, then the (well named) Azure theme offers a dash of Windows style through bright white backgrounds and bold blue accents and header bars.

As an addendum, I wrote a post about the best GTK themes for Ubuntu back in 2017. But outside of a few typos and link corrections, the themes in that list itself haven’t been updated in over a year.

So if you think one (or more) of these themes merits inclusion, let me know below! 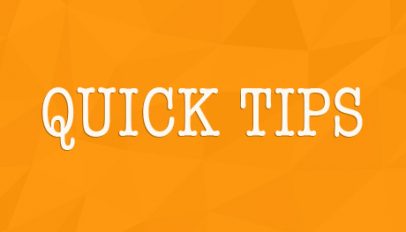