Here’s our pick of the best GTK themes for Ubuntu and other Linux distros, fully up-to-date for 2021.

Hundreds of gorgeous themes are available to download and use on Ubuntu from sites like GNOME Look and Deviant Art.

But it’s easy to feel overwhelmed by the sheer amount of choice that’s on offer — hence this post!

We sifted through a tonne of popular GTK themes on your behalf to pull out the most beautiful, the most attractive, and the most visually striking.

But better than that: this roundup of the top GTK themes has no broken links, no discontinued themes, no dead-end URLs, and no “…Well it doesn’t look like THAT in the screenshot”. None. And if it’s listed, it’s been tested.

Ready to give your Ubuntu desktop a bold new look?

If you’re after an elegant, modern look with a real zing to it then the Pop theme should suit.

The Pop GTK theme is developed and maintained by Linux laptop makers System76 and is the theme used by default in the Ubuntu-based Pop!_OS Linux distro.

The theme itself is based on Adwaita, the default GNOME theme featured further down this list, to help ensure that GTK apps looks and function as expected when used with it.

What makes Pop particularly popular with Ubuntu users is the Ubuntu color scheme of brown and orange. And while it may be a flat theme it manages to pack in a lot of personality.

You can install the Pop theme on Ubuntu 20.04 LTS and above direct from the repos, no PPA required:

If you’re using Ubuntu 18.04 LTS you will need to download an installer for an older version of the theme, which you can grab via Launchpad.

Layan is a flat material design theme for GTK 3 and GNOME Shell desktop which isn’t exactly subtle, as you can see! It riffs on design tropes present in other themes by the same designer but is arguably the most accomplished of them all.

Rounded corners and shadowed layering help soften what could easily be an overpowering flair. Layan (as you might expect by now) is also available in light, dark and mixed versions, though it’s the mixed one you see pictured here.

Notably, the sidebar in Nautilus is given a slick visual treatment tnot to dissimilar to the one used by Ambiance on Ubuntu 18.04 LTS. Pair Layan with a complimentarily-coloured wallpaper and icon set to enhance the overall aesthetic.

Adwaita is GNOME’s default theme and ships out-of-the-box in Fedora Workstation. Unassuming, it is considered the ‘reference’ theme for GTK app development and is the theme Linux app devs would like people to use.

The steely grey tones of Adwaita are part of its refined color scheme, which is accented by a blue companion colour. The overall feel is utilitarian and the theme is largely free of any overly “showy” touches.

Talking of touches, Adwaita’s liberal use of padding in header bars, menus, and pop overs does mean it is better suited to ‘touch friendly’ devices than other themes on this list.

And a growing crop of well-known GTK themes are now built on top of Adwaita, including Ubuntu’s default Yaru theme and System76’s Pop theme . If you’re after the definitive Linux look? Then Adwaita is what you want.

Adwaita is pre-installed in Ubuntu 18.04 LTS and above.

Each time I shine the spotlight on the Qogir GTK theme the reaction is the same: readers love it — and you only need eyes to see why!

Visually striking, Qogir‘s use of of straight lines, duotone colour palette, and eye-catching file manager backgrounds (which are totally optional, btw) combine to curate a look that’s as iconic as it is unique.

But part of Qogir’s broad appeal also comes from its broad adaptability.

Three distinct variants of the main theme are available, with a bunch of sub-variants within (including an Ubuntu coloured one). This (almost) guarantees that there’s a version of the Qogir theme to suite everyone, regardless of what their particular tastes may be.

The best way to install the Qogir theme on Ubuntu is to use the install script available from the project’s GitHub page.

Flat themes are all the rage but there’s an understated elegance to those offering a bit of gloss and a classy gradient, as Dark Aurora shows. This theme pitches itself as being “easy on the eyes” and it doesn’t disappoint; this theme oozes class.

The colour choices of the grey variant don’t demand attention, and instead gracefully act as an unassuming backdrop to other apps. The theme also touts some great window borders (if the overall size of the window chrome is too much for your tastes you may prefer a compact version called Borealis).

As well being available in a range of colours (not just grey, previewed above) there is an all-dark variant called Ultimate Dark if you like the look, but yearn for a little less brightness.

Ahh, we come to Arc. This theme is arguably the most popular GTK theme with Linux users, winning fans across multiple distros and even inspiring some Windows customisation hacks!

Arc shuns gradients and gloss in favour of a straight-froward 2D UI. It stays as flat as possible. This consistency gives apps, menus and windows a minimal, modern look. Transparent touches in window elements (such as the Nautilus sidebar) help add some dynamism and texture, meaning things never feel too fat.

Like other modern theme the Arc GTK theme is available in 3 variants: light, dark, and darker (which mixes dark window bars with light contents, and is pictured above).

You can install the Arc GTK theme on Ubuntu 18.04 LTS and straight from the repo. If you are using Ubuntu 20.04 I’d suggest you download a newer version of Arc direct from Gitlab for the most pixel-perfect experience potently possible.

It’s surprisingly easy to make Ubuntu look like a Mac and a large part of why it’s so easy is because there’s an array of top-notch GTK themes that ape the appearance of Apple’s desktop operating system incredibly accurately.

Mcata is a soft fork of the authors’ own Mojave-inspired theme and boasts the same fastidious attention to detail, eerily evoking the exact look and feel of Apple’s desktop aesthetic.

But the designer also manages to translate the things which make a Mac look like a Mac into something that also looks good on the Linux desktop. As a bonus the theme is available in both dark and light builds, as well as solid and semi-translucent versions.

Pair Mcata with the terrific OS Catalina icon pack and the Plank dock and passers by will be hard-pressed to tell you’re not using a real Mac!

If you want to make a statement with your Linux desktop setup then Orchis is a sure-fire way to do that.

Like other “Material Design” themes, Orchis GTK theme is based on the Materia theme created by nana-4. That said, it’s far from being a carbon copy of it; it sets its own visual tone.

When paired with the matching GNOME Shell theme (by the same author) Orchis curates a look that feels more Google-y than Google’s own Chrome OS — which isn’t a bad vibe at all!

For something a solid alternative to the Arc theme try Numix.

Numix balances light and dark elements together to create a rich, striking design that holds its own. Using red as its main highlight color is a bold choice, but one that enables Numix to make a distinctive impression on the desktop.

Better still, you can install the Numix theme on Ubuntu from the Ubuntu Software store:

If bold colours or dramatic visual statements aren’y quite your cup of tea you should throw some attention in the direction of Aurora Nuevo.

This theme is described as a “pastel colored Material design like Gnome theme” and, at first blush, that’s exactly what it is. But Aurora Nuevo is available in a wide array of different accent colours (blue pictured above) as well as a less flat variant too for those who want it.

If you like the look of Dark Aurora but a pinch of colour with your eye candy, the sultry tones of Aurora Nuevo should suit you well (especially when paired with matching folders icons).

Adapta (or more accurately the theme it’s derived from, Materia) is HUGELY popular with both Linux users and Linux theme makers (the theme is used as the base for several GTK themes in this roundup).

Adapta is inspired by Google’s Material Design language. If you’re a fan of the Android aesthetic you’ll find lots to love in Adapta. Ut makes heavy use of layering and shadows, spacious padding, good contrast, and so on.

But Adapta has another advantage: it is available in dizzying array of variants including the regular Adapta theme (pictured), a dark variant called Adapta-Nokto, and a less spacious spin called Adapta-Eta — and most of this are available in specific colour versions too!

We’ve shown you how to install Adapta GTK theme on Ubuntu before. Those steps haven’t’ changed: pop open a new Terminal window, add the official PPA, then install the theme on Ubuntu 18.04 LTS or above:

So there you have it; our pick of the best GTK themes for Ubuntu Linux.

We’ve got a guide covering how to change theme on Ubuntu should you need it.

A few bonus shout-outs: the Ant GTK theme and its bloody highlight color; Cloudy provides a relaxing and soft aesthetic; if you’re into the Nord theme them both Nordic and Adapta Nord are worth checking out.

Other Mac-inspired GTK themes worth checking out include Prof-GNOME and, for those wanting something a little less 1:1, McOS-Transparent.

There are hundreds more themes out there on sites like GNOME Look, DeviantArt, and GitHub if this list leaves you hungry for more. With new GTK themes being produced every month we plan to keep this list updated to keep pace so…

Got a fave theme you think should be here? Let me know about it below!
List Themes adapta arc theme best of Eye Candy GTK Themes 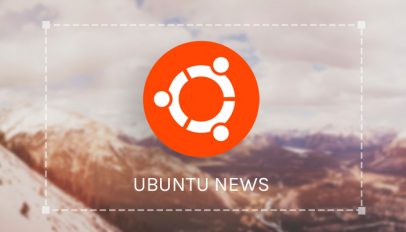 Canonical Has Joined the GNOME Foundation Advisory Board
Read Next