GNOME MPV (now known as Celluloid) will be the default media player in Ubuntu MATE 19.10.

The app supplants the versatile VLC meda player, which the MATE-desktop-toting distro has shipped with since a community poll back in 2017.

So why the change now?

Better desktop integration. That’s according to Ubuntu MATE’s Martin Wimpress who revealed news of the swap in the latest Ubuntu MATE monthly update on Patreon:

“We will be dropping VLC from the pre-installed applications and shipping GNOME MPV instead. GNOME MPV will soon be renamed to Celluloid. The reasons for switching to GNOME MPV are similar to swapping out Thunderbird for Evolution; better desktop integration.”

Size is another factor. GNOME MPV takes up a comparatively svelte 27MB on the ISO image, whereas Qt5-based VLC requires closer to 70MB.

GNOME MPV is an MPV front-end built primarily for use on the GNOME Shell desktop (it uses client-side decoration by default). But, as a GTK app, the player also integrates well with other GTK-based environments, like MATE and Cinnamon (see above).

Ubuntu MATE say plan to turn off GNOME MPV’s CSD and restore a traditional app menu (which should be compatible with Ubuntu MATE’S HUD implementation too).

VLC is staying in the Ubuntu repos, so those who want it can continue to install and use it.

Long time readers will know why this news appeals to me: I switched from VLC to MPV myself back in 2017, with GNOME MPV/Celluloid being my player of choice. 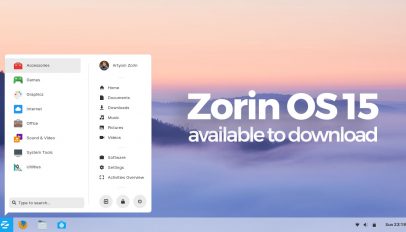