You don’t need super-powers to predict that most Linux users use VLC as their default media player.

‘I wanted a video player that was a little less …there’

In fact, if I were to you all what video player you use on Ubuntu I’d be cowered by the collective cry of ‘VLC’!

And quite right too. VLC is open-source, obscenely powerful and plays dang well near everything you chuck at it,

But a few weeks ago I switched to mpv, an alternative to VLC.

mpv is a free, open-source and cross-platform media player available for Windows, macOS, Linux and even BSD! I’ll skip over the family tree of where MPV comes from (short version: it’s a fork of a fork of mplayer).

My main reason behind switching to mpv player is that I wanted a video player that was a little less …there.

Don’t get me wrong: VLC can look pretty and minimal, like with the Arc theme VLC Skin, but by default, especially on Ubuntu, it’s… a little of its time.

My video needs extend to playing a video and …Er, that’s it. A video payer that opens a video as quickly as possible and keeps out of my way is of more use to me. And mpv does that perfectly. 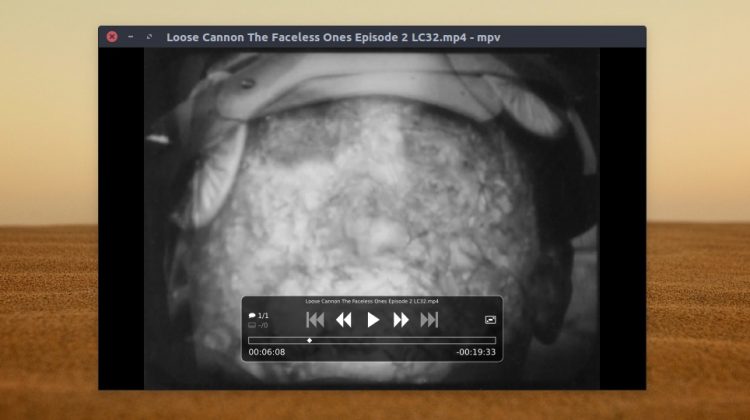 Another few pluses (for me, at least) is smooth seek-bar scrubbing, MKV chapter support, subtitle support, and (once again for emphasis) its super speedy start-up times.

As mpv is primarily a CLI application it lacks a traditional interface (though there are various front-ends available for it). Most of the time you’ll open the app by double-clicking on a video files, but there is a ‘stock’ GUI if you launch the app traditionally: 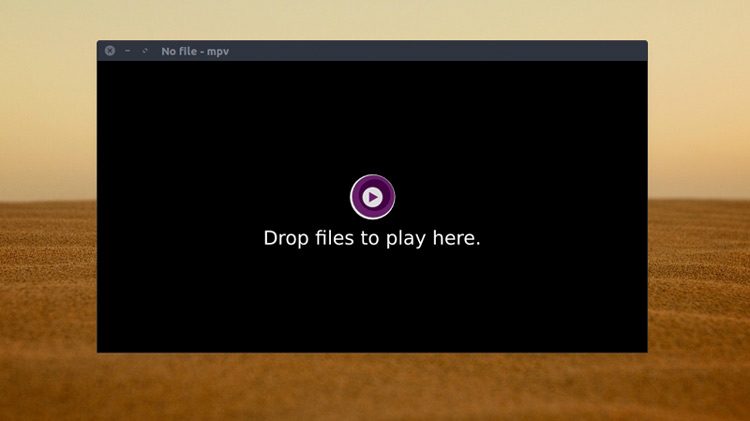 When playing a video you can wiggle your mouse to access a small OSD controller with a modest set of options: pause, skip, seek, toggle subtitle and audio tracks, and so on.

If you’re looking for a  GPU accelerated video player for Ubuntu mpv player is a worthy contender. It offers hardware acceleration via FFmpeg, with support for VDPAU and VAAPI (plus DXVA2 on Windows, and VDA and VideoToolbox video on macOS).

It’s also just as powerful as VLC but doesn’t put all of the toggles, levers and switches for that power in your face by default. Bubbling below the austere UI is a veritable NASA dashboard of command line options and advanced configuration capabilities.

The list quite literally goes on when you run mpv --help in a terminal, showing 445 options, no less.

Is there a compelling reason to use mpv over VLC?

That depends on your needs. If you’re just looking for something that can play whatever you throw at it, is lighter on system resource usage, and keeps out of the way — all the reasons I had — mpv makes a solid alternative to VLC.

You don’t need to add a PPA, fiddle about with Flatpaks, or slap in a Snap command because mpv is available to install from the Ubuntu repos — hurrah!

The latest stable release of the player has a slightly different UI to the one you see in the screenshots.

Have you tried mpv? Do you roll your own insanely complex customised configuration with it? Share your fors and against in the comments!

Home » Apps » Why I Swapped VLC for MPV

Guy Clark If some form of censorship were to prevent social disorder,…
Linux Mint Announces New Partnership with Mozilla