If you’re in the UK and on the hunt for an affordable Linux desktop PC do take a look at online tech retailer eBuyer.

While shopping for something else on their website, my curiosity led me to see if the company sells anything preloaded with Ubuntu.

And to my surprise, they do!

Now, this shouldn’t have been as surprising as it was because eBuyer, celebrating its 20th anniversary in 2019, sold a range of cheap and cheerful Ubuntu laptops back in 2015.

While there are no Ubuntu laptops on offer this time around, there are several interesting sounding Ubuntu desktop PCs.

I know what you’re thinking and I agree: most of us probably can assemble a machine of similar specifications for less than what these ready-made rigs cost.

Bonus: the eBuyer PCs all come with 3 years warranty, too.

As I have not tested or benchmarked any of these machines I can’t vouch for their performance (or otherwise).

But on paper, given how well the Linux kernel and Ubuntu supports many of the components, I should imagine they deliver on expectations if nothing else.

If you don’t mind paying a little extra for a PC with everything pre-installed and pre-assembled for you, the eBuyer Ubuntu desktop PCs are worth checking out.

Sexy they aren’t, but good value they seem! </yoda>

Have you ever bought a pre-built Linux PC? Tell all in the comments! 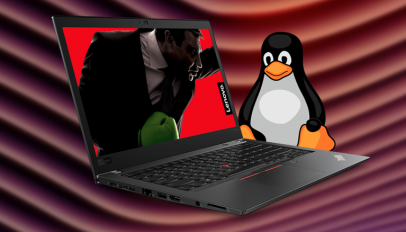