Canonical has got together with one of the UK’s leading online electronics retailers to launch a new range of budget Ubuntu laptops.

The notebooks are being aimed at business users and all feature a large LED screen and AMD processor with integrated Radeon graphics. Prices will start from £199.

Maria Bonnefon, director of Global Client Sales at Canonical, says the company is “extremely pleased to be launching Ubuntu on AMD-based HP devices with Ebuyer.com” in the UK.

AMD say the hardware, e-tailer and OS combo will help business users meet the “challenges of affordability, performance and security, without compromising on quality.’’

The “huge success” of that device is what Ebuyer say prompted them to expand their range with three new HP laptops running Ubuntu 14.04 LTS.

Ebuyer is stocking three portables that all have a 15.6-inch LED screen, all offer a DVD drive, and all rounded out with the same selection of ports and connectivity options.

Difference comes only in price, processor speed, graphics capability and the amount of memory installed:

The laptops are housed by a thick (244mm) and heavy (2.15Kg) plastic chassis. A full-sized keyboard, decent trackpad and built-in stereo speakers feature, too.

The HP 255 G3 is the cheapest Ubuntu laptop in the Ebuyer range and is priced at a rather tempting £199.

That extra £50 bags a more powerful processor that performs well against a comparably clocked 4th-Gen Intel i3.

The integrated Radeon R5 graphics should be able to run some of the latest games on lower settings, too.

The highest spec model in the Ebuyer Ubuntu laptop selection is the HP 455 priced at £299.

It uses a powerful AMD A10-7300 processor clocked at 1.9GHz with integrated Radeon R6 graphics and 8GB RAM to keep things rolling along nicely.

This model could easily suffice as a cheap desktop replacement. The processor should be able to keep its own against an similar spec’d mobile processor like the Intel i5 4200U.

Are They Worth Buying?

“Serviceable” is the best way to describe these new Ubuntu laptops.

Serviceable because the chunky design, short four-hour battery life, relatively heavy weight and low-power specs are not going to suit everybody — not even at this price point!

For a budget solution that can cover the basics the combination of HP and AMD is, on paper, worth considering.

Ebuyer is not trying to present this hardware as anything more (or less) than that and neither are we.

Don’t be blinded by the price and do some research. Seek out reviews of these laptops (which have been available with Windows 8 for some time) to swat up on their strengths and weaknesses, focusing on essentials like screen quality, build, weight, and general performance.

Sure, the tech savvy will stick to the buying a Chromebook and installing Ubuntu for better performance, battery life, build quality.

And sure, the performance conscious developer will be unswayed by the compromises on offer here and seek high-end options from leading OEMS like Lenovo (or mid-range solutions from Linux-dedicated resellers like ThinkPenguin, Entroware and ZaReason).

But for everyone else; for those in the middle simply in need a frill-free, out of the box, ready-to-boot solution running Ubuntu these laptops could well be the ticket.

Ebuyer has found a market for low-cost, low-power Ubuntu laptops. It’s fantastic to see more choice being offered, even if that choice doesn’t meet the needs of all of us. 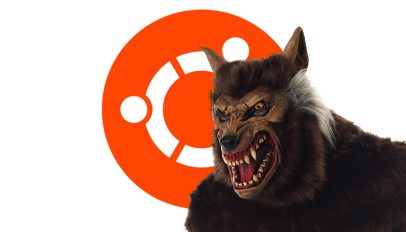 Ubuntu 15.10 Codename Announced (And a Whole Heap More)
Read Next