The public beta of Ubuntu 19.04 ‘Disco Dingo’, the next major update to the hugely popular Linux-based Ubuntu operating system, is now available to download.

The launch of the beta, the only one planned in the current development cycle, allows enthusiasts and developers to help test the latest update ahead of its stable release next month.

The final, battle-hardened version of Ubuntu 19.04 will be released on April 18th — if you haven’t already, be sure to pop the date in your diary!

We recap all the key Ubuntu 19.04 features & release details in a separate post. Rather than repeat all of it here, I recommend you check that post out for the full skinny. 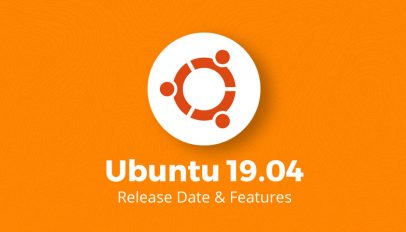 Must Read
What To Expect in Ubuntu 19.04 ‘Disco Dingo’

We’re also working on a release video to show you what’s new in Ubuntu 19.04. Keep an eye on our YouTube channel for it, sometime in early April.

A Sizeable, if Sedate, Update

Off the cuff, Ubuntu 19.04 is a sizeable update — literally: the ISO is larger than usual at 2.1GB— but also a somewhat sedate one.

That’s not to say there aren’t new things to play with, but anyone who’s toyed with or run Ubuntu 18.10 will find little material difference on offer here.

GNOME 3.32 delivers the bulk of enhancements, all keenly felt throughout the entirety of the OS.

Nautilus is now the latest version, meaning features like file favourites and elegant resizing are on offer.

Broadly speaking the desktop icons extension works okay, but there are a few issues remaining.

For instance, you can’t (currently) drag and drop a file from the desktop on to an app to open/move it. There are several minor regressions like this which, one hopes, will be resolved in future updates to the extension.

Updated apps on offer include the latest versions of Mozilla Firefox, Thunderbird, and LibreOffice.

And that’s more or less it!

Caution: We don’t recommend you install the Ubuntu 19.04 Beta on your main computer. Beta software may have stability issues or contain bugs and quirks that are yet to be fixed. Stay safe and use live media, a test partition or virtual machine to try it out.

You can download the Ubuntu 19.04 beta ISO from the official Ubuntu release server, linked below:

You can use a tool like Etcher to flash the ISO image to a USB stick to boot Ubuntu 19.04 beta (or install it) on your computer.

For a complete look at all of the new features you can expect to see in Ubuntu 19.04 next month, make sure to check out our full Ubuntu 19.04 roundup.