An experimental fork of the Yaru icon theme swaps the uniform ‘squircle’ frame for a liberal mix of icon shapes and designs.

The aim: to see if a blend of squares, rectangles and circles creates a more cohesive appearance than trying to squeeze every icon into the same template.

And based on a few sneak peeks, the results are looking good!

I’m not a fan of the Suru/Yaru icon set that Ubuntu currently uses — but then, that’s hardly a secret!

The desire to make every app icon use the same shape and design style is, for my tastes at least, a rather fruitless one.

A standard Ubuntu 18.10 install looks okay ‘out of the box’ because the vast majority of icons are the same size, shape and style. But that streamlined Suru-ified aesthetic slips away sharply as users start to install other (non-themed) software.

My ‘Applications’ screen is jarring. Some apps look like they received fancy-dress invite to a formal party with strict dress code!

While the Yaru design team can (and indeed does) cater to core and preinstalled apps, third-party apps and newly released software is beyond its control — as it should be.

For many branded apps, e.g., Firefox, Spotify, Skype, etc, the app icon is an essential part of their brand, their ethic, their language. An aloof design team disconnected from the upstream project shouldn’t get to override, dictate or revamp that branding en masse.

(On the flip, it’s fine when a user chooses to do this by installing an icon set that tweaks third-party apps. It’s only their own desktop that changes.)

Attempts to extend coverage to third-party apps (by hand, or using a script) were mooted until recently.

But, like i said, fruitless; the incumbent Yaru theme can’t achieve the consistent, rounded-square nirvana it dreams of so a change of tack is needed…

The revised approachtakes a geometrically flexible tack: instead of squeezing every app icon into a rounded square app, glyphs can now take on one of four shapes:

The exact shape used depends on the style, original design and/or purpose of icon. File mime types, for example, use vertical rectangles that look more like a page.

Third-party and non-styled apps (like Firefox and Thunderbird in the screenshot above) no longer stand out. The end result is more aesthetically pleasing to me than using a single shape for all icons.

Side note: as I understand it the icon set was once referred to by the name ‘Suru’ (because it was based on icon set of same name from another designer) but this informally changed to ‘Yaru’ when aforementioned designer took issue with the downstream fork’s direction. I don’t know. Drama. Etc.

All a work in progress (so don’t panic)

Before we skip on any further allow be to bellow, town crier style:

For instance, the icon for Nautilus (a file manager) is currently a folder. That’s not ideal as folder icons are generally used for actual folders. The correct metaphor would (as in upstream GNOME) be a filing cabinet, or something ‘folders’ are typically put in.

And a trash can design that respects the symbolic version has yet to be settled on.

Oh, and there’s also murmuring about shipping replacement icons for third-party apps again, specifically LibreOffice, Remmina and Transmission but with some upstream blessing. We’ll see how that plays out.

Now, I don’t know if the goal is to ship the shapely new icon set in Ubuntu 19.04 (one imagines it would be better to replace the icon set sooner rather than later). Several pull requests for the new version are pending so it’s possible this set will be available to at least try in time for 19.04.

Would I prefer Ubuntu to use the new GNOME icon set instead of rolling its own custom one? Of course! But I can’t wait to take this Suru remix for a spin…

What are your thoughts? Do you prefer squircles to shapes? Let us (and everyone else) know in the comments below. 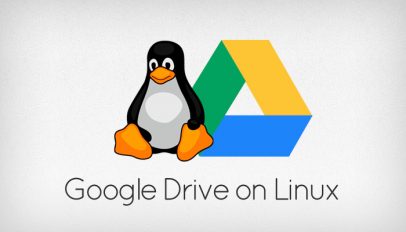