The latest version of open source media player SMPlayer lets you stream video from your PC to Android phone or tablet — all with a single click!

The handy feature means you can watch video on your computer from your phone with minimal effort as no uploading, no downloading, and no subscriptions are required.

All you need to stream is the latest version of SMPlayer (v15.6) on your Windows, Mac or Linux desktop, plus an Android phone (or tablet) with a compatible media player, like MX Player or VLC for Android, installed.

Then, to stream a video to your phone from your PC just open a compatible audio/video file in SMPlayer 15.6, head to the Play > Cast to > Smartphone/tablet menu option, and scan the QR code that appears using your phone or tablet camera.

Providing you have a supported app on your phone (even a web browser all do) you can open the QR link and your video stream will begin playback right away.

How does this work?

The feature works by creating a (basic) web server on your PC over which your video is streamed. To stream content you do need to have a working Wi-Fi connection.

SMPlayer can also stream video to your TV using Chromecast

Open a video in the app, select the cast to smartphone/tablet option, and then scan the QR code displayed (or send yourself a link to your phone) to stream video on your PC to your smartphone or tablet: 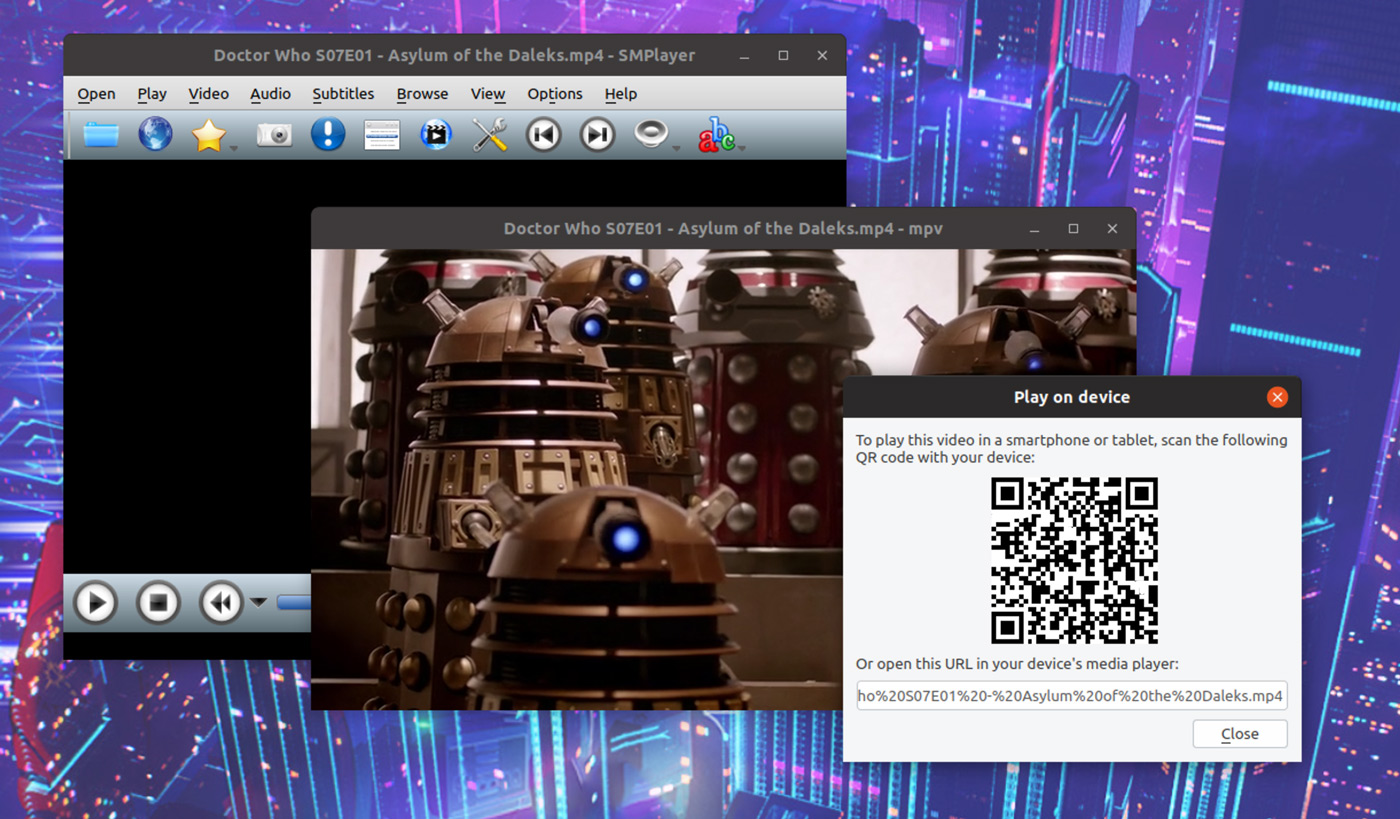 You do not have to leave the video “playing” on your PC, and you will be able to play/pause, skip forwards/back from whichever Android media player you use to watch the stream. 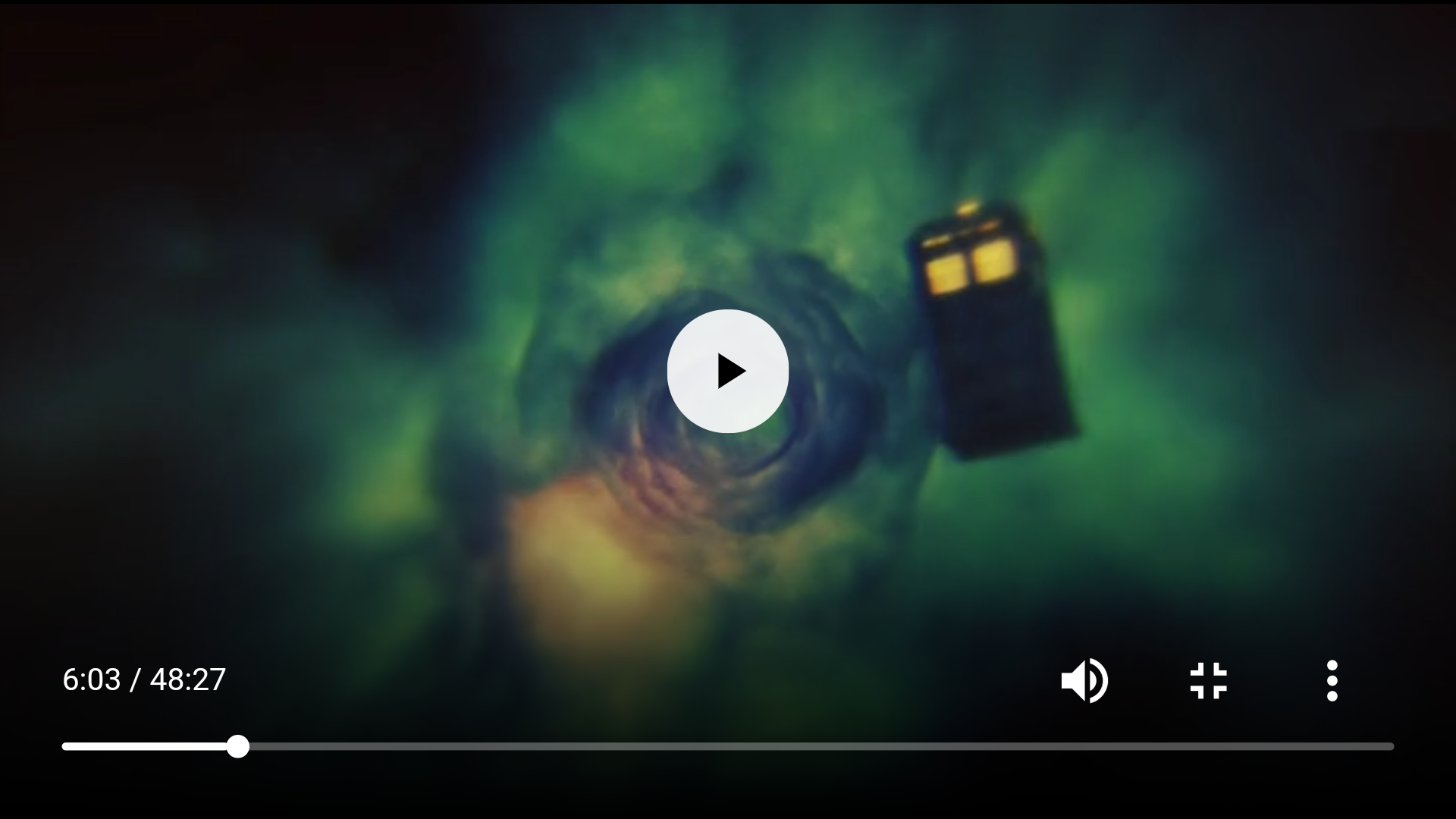 Yes, VLC Can Do This Too

Now this “trick” is neither new nor novel; VLC has a stream to Android feature hidden in its UI termed ‘network stream’.

What SMPlayer does is make it easier to stream video from PC to Android over wifi. You don’t have to dig around in settings panels, enable experimental features, or note down lengthy URLs and IP addresses.

So while this is not the only way to do this task, it might be the perfect way to stream video to your phone from PC or laptop, regardless of operating system or media player.

SMPlayer is available on Windows, too

And you don’t need to be using Ubuntu to watch video from your computer on your phone as SMPlayer is a free, cross-platform and open source media player available for Windows, macOS and Linux.

Something of a deluxe GUI for MPlayer, SMPlayer is able to play almost any video and audio formats you can throw at it. In addition to format versatility it adds some other notable features, such as YouTube integration, an option to download subtitles, a crazy amount of GUI customisation — and, as noted above, the ability stream video to your phone from your PC or to a Chromecast.

You can install SMPlayer on Ubuntu 18.04 LTS and above, as well as on compatible Linux distributions like Linux Mint and KDE Neon, using one of the following repositories:

SMPlayer (Qt4) and SMPlayer (Qt5) are available, but Ubuntu you might not know which to get. I generally recommend the Qt4 PPA for Ubuntu users.

To install the latest SMPlayer on Ubuntu 18.04 LTS run these commands in a new Terminal window:

The Qt5 version of SMplayer is available to install from the SMPlayer OpenSUSE OBS.

Apps How To chromecast smplayer video 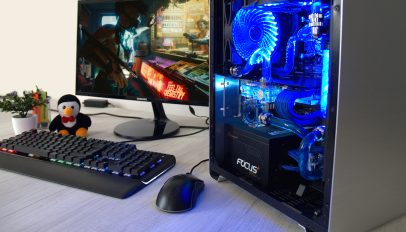