Got much planned this weekend?

I only ask because Canonical’s server bods are currently looking for wily folks to help them test an improved version of the new Ubuntu Server installer.

As text installers go Subiquity looks pretty great. It’s well laid out, has a logical flow, and seems to do what is needed without too much hassle/input.

You can see a demo of it in all its installer-y action below:

As well received as it’s been it does have a couple of gaps, such as not supporting advanced server set-ups and not allowing users to re-use existing partitions.

The improved version of Subiquity can handle LVM, VLAN, RAID, and Bonds

Keen to iron those kinks out, Canonical’s engineering team has put effort in to ensuring the installer better supports real-world set-ups.

The improved version of Subiquity that will ship in Ubuntu Server 18.04.1 LTS is able to handle LVM, VLAN, RAID, and Bonds.
But the server team needs your help.

They want you to put the improved installer through its paces (ideally on set-ups more intricate that a blank virtual machine) to look for any major show-stopper bugs.

Canonical’s Dimitri John Ledkov says the team is looking for “…crash reports and critical bug reports that might be observed with the updated installer.”

“Please try to configure LVM/RAID, Vlans, and Bonds, the way you would do it on your typical server.”

Why go to the beach, see family, or play Armed and Gelatinous when you could be experiencing the thrill-a-minute rush of sitting at your desk installing Ubuntu Server over and over? ;)

If you fancy rolling up your sleeves to get involved you can do so easily. Just download an Ubuntu Server daily build from the link below (remember to select the correct architecture):

Create some install media and put the server through its paces. When/if you encounter a major issue head over to the Subiquity issue tracker on Launchpad to see if it’s been reported (and if it hasn’t, do so).

If testing goes well the new version of Subiquity will be bundled in with next week’s Ubuntu 18.04.1 LTS point release.

Along with a newly minted install image that rolls together all the various updates, tweaks and fixes rolled out to the Bionic Beaver thus far, users of Ubuntu’s previous LTS will finally receive an upgrade notification to inform them of the new release. 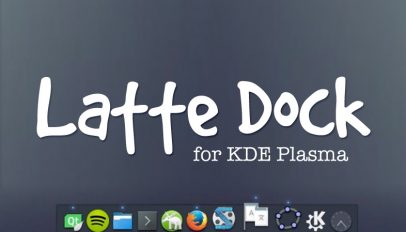